The rise of Gametion and Ludo King 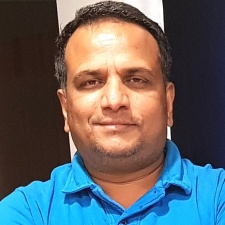 You've probably not heard of Gametion.

It's a small studio based in Mumbai, which started out in flash games before transitioning to mobile in 2013. Gametion grown modestly, from five to 18 people, but has yet to release a game that's grabbed attention worldwide.

But quietly, it's launched a game with some quite astonishing numbers. That game is Ludo King, an online multiplayer version of the classic board game.

"Ludo is a very popular game in India,” Gametion Founder and Director Vikash Jaiswal tells PocketGamer.biz at Nasscom Game Developer Conference 2017. “Before our game came to market, there were only one or two games based on it. But those are not interesting games."

The studio identified a gap in the market with Ludo King, and the market reacted with aplomb.

Jaiswal reports that the game has racked up 55 million downloads since launch, boasting 10 million daily active users and one million daily new installs – all completely organically.

But before the conference he had not realised just how remarkable these numbers are, assuming these to be “natural and normal” numbers for a successful mobile game.

"Before NGDC, I knew we had good numbers,” he reflects. “But I met many people at the conference and they were just stunned to hear about them.”

What exactly propelled Ludo King to such enormous success is unclear - it launched in December 2016, but didn't really take off until May - but it was ideally pitched in India where Jaiswal says "everyone has played this game in childhood."

Made in India, for India

In India's Google Play download charts, the game has been in the top 20 since April 29th. In the games category, it's topped the charts every day since May 30th.

We realised that releasing new games is not the big thing.

Indeed, a massive 80% of Ludo King's installs have come from Gametion's native India, with the next biggest player bases coming from Indonesia and other Southeast Asian countries where Ludo is popular.

For context, it's performed better than all Gametion's previous titles combined. The company attributes this to its quality, and the successful execution of an identified gap in the market.

This has changed the entire outlook for the hitherto portfolio-focused studio, which has between five and eight titles ready to launch but is choosing not to.

"After the success of Ludo King, we realised that releasing new games is not the big thing,” says Jaiswal. “The big thing is to maintain the game."

In order to achieve this, Gametion plans to partner with local developers in Southeast Asia to create localised versions of Ludo King. This will not only help with the language side of things, but also in catering to the Ludo rule variations that exist between countries.

As for what's next, the studio has a new multiplayer game scheduled to launch around the Christmas period, which it believes can be a hit.

"These days, we are working on the games with a good idea only," Jaiswal says.

And the entire Ludo King experience has left him with a key message to pass on to his fellow Indian developers.

"I've been in the industry for the past eight to 10 years, and I'm seeing more developers in India copying and pasting others' game ideas,” he says. “I'm saying to startups, try and come up with a new and innovative game idea. Only then will the games industry grow and improve.

"A good game can be made with a smaller team, less resources, as long as the game is good," he concludes.

"Believe in yourself, and don't let others discourage you. If you can dream it, you can build it."