Senior Producer Jez Harris on accessibility and the opportunity to innovate 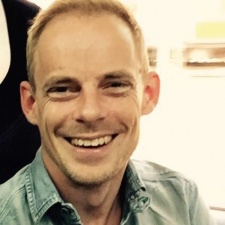 In the heady days on the mid-1990s, many academics were full of excitement about how the emerging internet could entirely replace broadcast and other old media.

So far, that hasn't happened. Media technology tends to converge. That's why we've seen the likes of Netflix and catch-up services emerge as internet technology and broadcast convention combine, rather than exist at one another's expense.

Over in the games medium, there's been technological convergence, absolutely. Smartphones, after all, are the handheld gaming system of current times. And where VR, AR and MR are concerned there's all kinds of interplay between games and other forms.

What we've seen less of, however, is convergence of the conventional gaming platform types. There is the second screen movement, of course, and while that has been no failure, having a mobile or tablet to play an additional element of a console or PC game is barely a mainstay of the medium.

Now Sony has moved on media convergence once more, with PlayLink; a platform and series of games that lets groups of players tackle a PlayStation 4 release by using their smartphones instead of the standard DualShock controllers.

PlayLink games have recently launched in the UK and certainly provide an interesting hybrid of console and mobile.

In part, PlayLink's arrival is another move on those casually-minded audiences, because you don't need to be familiar with a modern gamepad or own a spread of DualShocks. Players instead download a distinct app for each game, all of which are predominantly social experiences thus far.

But what is it like to make a PlayLink title, how developer-friendly is the set-up, and what is the potential for great games?

One person that knows the answer to all those questions is Jez Harris, Senior Producer on Hidden Agenda, a subtly noir-ish PlayLink crime thriller from UK studio Supermassive Games.

"PlayLink brought us three major design considerations: accessibility, a multiplayer focus, and the ability to relay secret information," posits Harris, alluding to the fact that through Sony's technology, different players in the same gaming session can be delivered different information via their phones.

"All were clearly advantages of the PlayLink initiative, and were very much considered throughout the development of the game from its earliest stages. We had a great story to tell and an understanding of how we’d do that, given our pedigree in narrative-led gaming, but the addition of PlayLink was integral from the off.

"The barrier to entry for people unused to a PlayStation controller is immediately lower, leading to a different set of mechanical requirements - formalising rules and mechanics around group play was entirely new to us in this context."

For Harris and his team, granting every player a personal second screen let the studio give players secret objectives and information, letting them explore gameplay ideas that would otherwise be very hard to realise on console.

To steal a term from board game design, in this regard PlayLink offers asymmetric gameplay, and the potential easily outweighed the challenges for Supermassive.

"At Supermassive, we’ve always engaged with the latest gaming technology and innovative ways of using it," says Harris.

"Having the addition of a second screen per player, which allows for asymmetric gameplay mechanics – such as individual hidden objectives – has enabled us to create a social gaming experience that everyone can enjoy."

The technical challenges were negligible when compared to some of the design considerations.

He later adds: "The technical challenges were negligible when compared to some of the design considerations."

Indeed, the Hidden Agenda team had to iterate a considerable amount, zeroing in on how to keep interactions suitably simple yet engaging, and just how to implement a competitive mode of any description within the confines of a story-centric game.

Equally, the team had to consider the relative 'friction' of setting up a PlayLink, where as well as getting the PS4 game, each player then needs to download the relevant game app and connect.

"We were very conscious of making the ‘route to game’ as straightforward as it could possibly be," says Harris, touching on the a key focus for the studio where PlayLink is concerned.

"Get the app, fire up the software on your phones and PlayStation, and with just one or two simple, clearly communicated steps, everything’s connected and good to go. Given that the intention is for the game to appeal and be accessible to gamers and non-gamers alike, it had to be that streamlined."

The result is impressive and distinct. Hidden Agenda is a lavishly produce thriller in the classic form that manages to appeal to a wide variety of players without any need to dumb down or 'casualise' the themes and gameplay.

And with Sony's might behind PlayLink, and numerous other studios supporting the console-smartphone hybrid model, the platform is very much worth consideration for many studios, whether pursuing creative innovation, business success, or both.

Ultimately, as with other second screen forms, time will tell. But the prospects presently look good for PlayLink's continuation of so many years of media convergence.