Indie Spotlight: Gorogoa creator Jason Roberts talks getting into games and the genesis of the hit title 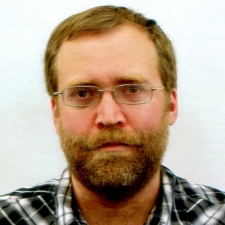 Few games are quite as unique and gripping as puzzle game Gorogoa.

Described as an "elegant evolution of the puzzle genre", the title's thoughtful gameplay and striking hand-drawn visual design have made it a hit with critics and consumers alike. Our sister site Pocket Gamer gave the title a review score of 10/10.

The latest interview in our Indie Spotlight series, we spoke with the game's creator Jason Roberts - who took a BAFTA award for Debut Game - about joining the indie games development scene , design challenges and his thoughts on the current state of the market.

PocketGamer.biz: You used to be a software engineer, right? What led you to games development?

Jason Roberts: Yes, I was a software engineer for more than a decade but I never found it all that fulfilling as a career.

I had aspired for a long time to do something more creative, preferably something involving visual art and ideally a video game.

But game design never seemed practical as a career choice until the late 2000s when games like Braid appeared on the scene - successful games made by one or two people. That was the exciting atmosphere in which I decided to leave my day job in 2012.

What have been the biggest challenges you've faced over Gorogoa’s development?

Certainly animation was difficult. I had no prior training as an animator and early on I adopted an approach to animation that was very cumbersome and time-consuming.

Also, my ability to sell moments in the story through character performance was constrained by my inexperience as a character animator.

At a higher level, I had a tendency to pour a lot of work into game content, including some finished art, without adequately considering how that content fit with the narrative or themes.

It was was a real challenge overcoming this habit and learning to measure twice before cutting once.

What have been some of the biggest changes you’ve noticed in the games market since you started work on Gorogoa?

The conventional wisdom here is true: powerful development tools and less strict curation across all storefronts have lowered the barrier to entry for making and releasing games.

Many more people are able to create games, which is good, but more games on the market means each game has a harder time vying for customers' time and attention.

Indie success stories back in 2012 may not have been more numerous in absolute numbers, but they were often bigger successes and represented a larger percentage of releases.

'Gorogoa' is a name I've used in multiple projects for various creatures or places over the years.

I wasn't paying as much attention to mobile back then, so it's harder to say how that market has changed.

What does Gorogoa mean and how did you come up with it?

It's the name of the mysterious creature in the game. Since the game contains no language, I didn't want the title to be a word in any language.

'Gorogoa' is a name I've used in multiple projects for various creatures or places over the years. It sounds like thunder or underground rumbling - something ancient and powerful.

Did you have any influences for Gorogoa?

Particularly strong influences include the puzzle book Maze by Christopher Manson, the game The Fool's Errand by Cliff Johnson, the comics of Chris Ware and classic adventure games like Myst.

Gorogoa has been a huge hit on the awards circuit, what has that been like?

It's been hugely encouraging and very moving after so many years of work.

What’s next for you?

I'll continue to make games. I'm sorting through a tangle of ideas in my head that may result in one game or multiple games. I hope to begin prototyping later this year.

All markets are difficult for indies. But as a player who prefers premium narrative games with high production values on mobile, I feel like I'm always running out of games to play.

This is in contrast to other platforms, where there are always more interesting games than I have time for. So I sometimes feel like this particular niche on mobile is underserved, maybe because of the general impression that free-to-play is the way to go.

I'd make exactly the same kind of games that I am making. For the moment I'm not interested in making expansive or high-production-value 3D games, even if I had the resources.

That's just not my style, unless I suddenly decide that it is! But that hasn't happened yet.

I'm reluctant to give any advice because the path I took was pretty improbable and I was quite fortunate it didn't end in financial ruin. I don't encourage anybody to quit their job and spend their savings on a multi-year project.

I'd reiterate the standard advice to start with small, modest projects that you can learn from and move on. If you start with a more ambitious game, it'll take much longer because you didn't go into it with the wisdom earned from making shorter games.