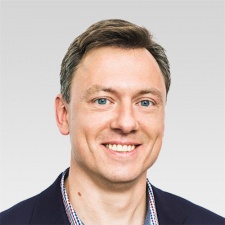 In the mobile games market, few things are now more valuable than a game with active users.

Like compound interest, it’s a guarantee of future revenue, month-on-month, even year-on-year.

And, if a company has the guts, these games also provide the cashflow to further accelerate their business.

Over the past decade, he’s overseen the company’s growth from a small publisher of casual PC games to an increasingly profitable developer of free-to-play mobile games, mainly in the hidden object genre.

“The hidden object genre is a niche, but it’s growing at 30 per cent a year and we have 50 per cent share,” he points out.

G5 has reflected this market trajectory in recent years. Since its nadir in 2014 when it was struggling to switch its mobile games from pay-to-unlock to F2P, its share price on the Stockholm-based Nasdaq First exchange has risen over 20-fold.

Sales were up 120 per cent in 2017, with profits racing ahead, up 167 per cent. The result was G5 was the best performer of all the game companies PocketGamer.biz tracked during 2017.

The primary reason is the success of a single game, Hidden City, which now accounts for the majority of G5’s sales. It’s one of G5’s two hidden object games that have generated more than $100 million in lifetime sales.

Indeed, the company’s focus on the hidden object genre has enabled it to build up a certain type of audience, daisy-chaining players from one game to another via cross-promotion.

“Focus is everything,” says Suglobov.

“Competition is everywhere, so why not focus on what you know best.“

Aside from its chosen genre, G5 has also focused, and become increasingly adept, at bringing in new players through highly targeted user acquisition.

Competition is everywhere, so why not focus on what you know best.

In particular, its ability to successfully scale this marketing to accelerate growth at specific times and in specific countries has resulted in seemingly peculiar outcomes such as its strong Japanese fanbase, gained through language localisation but no culturalisation.

In part, Suglobov puts this down to something about the style of hidden object games that chimes in Japanese culture in a way it doesn’t in China, for example. The lack of high quality mobile games that appeal to middle-aged Japanese women from domestic developers more focused on the lucrative core male otaku market is another factor.

And, yes, he is very clear about defining G5’s core audience.

“We make games for women aged in their 30s and older,” he says.

As audience segments goes, it’s a good one to appeal to.

They are more likely to spend than other segments - G5’s average revenue per paying player is $44.30 per month - and there isn’t much competition, at least in the hidden object space in which one-time competitors such as Big Fish and Game Insight have respectively switched focused to casino and core genres. Though Game Insight looks to be eyeing a comeback with Mystery Manor.

Not that, with its core audience in mind, it isn’t exploring new opportunities too. It launched Pirates & Pearls, its first match-three game in 2017, and while sales haven’t yet taken off, Suglobov says the launch is G5’s best to-date.

Those two statements seem disconnected but, in fact, are a perfect example of how G5 has built its success.

“It can take us a year to work out what’s going on with a game and fix it to the point where we can start aggressively investing in UA.”

And it’s this focus on getting a game to the stage where it makes sense to aggressively ramp UA that is G5’s foundation for sustained success.

The result is a company which understands its audience: who they are; how many games it can cross-promote to them; and how much they’re going to spend.