Despite Carcassonne coming to Nintendo Switch, Scythe coming to PC and Ticket to Ride coming to PlayStation, it's not all about old IP 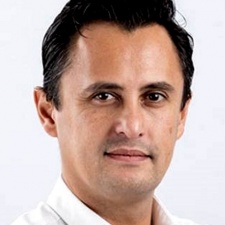 Earlier this month, digital board game giant Asmodee Digital announced that Carcassonne would be coming to Nintendo Switch.

The tabletop board game was launched in 2000 and is a staple of games evenings worldwide. As part of its drive to see digital board games flourish, Asmodee Digital brought an updated version to mobile at the end of last year, and this Nintendo Switch version is an obvious next step.

It's been a big month for Asmodee Digital, which also released Scythe into early access on Steam, and announced at E3 that family favourite Ticket to Ride would be coming to PlayStation 4 with PlayLink technology (where your mobile becomes the controller).

We took advantage of our special relationship with the firm - they support a digital board game section on our sister site PocketGamer.co.uk - to quiz chief commercial and marketing officer Philippe Dao about his strategy for 2018.

PocketGamer.biz: How significant is the decision to release Carcassonne on Nintendo Switch?

Philippe Dao: It is a real milestone for Asmodee Digital's strategy. Expanding our roadmap of digital board games on Nintendo Switch is a great opportunity to reach a broader audience and expose our games to new categories of players.

Our objective is to make the best adaptation of Carcassonne for the Switch and bring a complementary experience to the Switch players who know Carcassonne through the analogue game, the mobile or the PC version. It's the same for Ticket to Ride on PlayStation 4.

What makes the Switch a good platform for digital board games like Carcassonne?

Just like the Nintendo Switch, Carcassonne is mainstream. Simple to pick up but challenging to master, Carcassonne presents players with endless opportunities for tactical play.

Switch offers a complementary experience: you can play at home with all the advantages of digital games (easy to setup, the game keeps your score instantly) or play mobile on your favourite device.

We are reviewing other games that would adapt well for a console experience in the coming months and years.

We are reviewing other games that would adapt well for a console experience in the coming months and years.

The original board game Carcassonne is 18 years old – why does it remain a favourite?

There are a lot of reasons why Carcassonne is now a classical board game: it is easy to learn, you can play with your family (up to six players), it also plays relatively quickly. And moreover, you can develop many tactical strategies.

You also announced Ticket to Ride on PS4 PlayLink at E3 – can you describe how the game takes advantage of this technology?

PlayLink is the perfect technology for Ticket to Ride since your phone becomes a controller and allows you to hide cards which make it possible to play Ticket to Ride without breaking the rules and changing the entire gameplay experience.

What are the challenges of bringing digital board games like Ticket To Ride to consoles?

There are a lot of technical challenges. You have to develop sustainable game engines, based on free software and open standards, and maintain them with continuous integration and automatic testing. This allows us to focus on the handling of new controllers and refactoring the user interface for a new platform, without breaking anything on the existing ones.

And you have to manage multiplayer. And it is a new market to address so we had to make our marketing department evolve this way.

What was the reaction like from attendees at E3?

Both video game and board game communities were excited by those announcements. From all coverage mentioning Ticket to Ride on PlayLink, almost 60 per cent were dedicated to the game. People already requested footage or a playtest.

What was E3 like for the digital board game scene generally? Was there a lot going on this year for the sector?

Since January, we've worked hard on games inspired by famous board games IPs, not only games adapted.

And the video games sector knows this: board game IPs are becoming more and more part of major announcements. PlayLink is a good example with Ticket to Ride, but there are also other classic games like UNO.

Scythe is out this week on PC - it was delayed a little bit after we saw it at GDC. Why was that?

We learned a lot during the first beta regarding the player journey and the UI:

Now we are more confident and we released the game in Early Access with a clear roadmap to ensure a good final release.

What are your hopes and expectations for Scythe - it's not as big a brand as Catan or Ticket to Ride, can it make a big splash with gamers?

Yes, It is a board game that strategy video gamers should love: that is the reason why we decided to translate it into a digital version.

What else do you have planned for PC this year?

We have a lot of games planned for PC this year as PC is one of our priorities, with consoles. We already announced Terraforming Mars, Lord of the Rings: Living Card Game, Fighting Fantasy Legends Portal, Pandemic and others surprises. More information to come during Gen Con.

How has the last 12 months been for Asmodee Digital?

Everything grows fast here. In early January we were 25, now we are almost 50 people.

But the main change is our editorial policy: since January, we've worked hard on games inspired by famous board games IPs, not only games adapted, to offer a full 360-degree multiplatform experience on mobile, PC, consoles, VR.

Why? Because 85 per cent of video games players are board game players: this strong demographic overlap between board gamers and video gamers is an opportunity to use digital to extend the audience of the physical games.

The strategy is the same: translate best board games into digital to offer new experiences and enlarge the awareness of great board game IPs.

Beyond console and PC games, we will soon release King & Assassins, Onitama and Quarto, as well as an extension for Carcassonne, Splendor and Talisman.