“The stories that they told us were so moving": The making of My Child Lebensborn 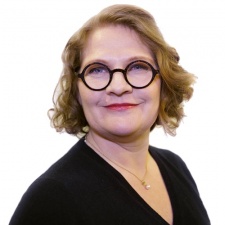 In 2007 a group of 154 Norwegians, four Swedes and a German all born into Nazi heritage took the Norwegian State to the European court of human rights. In their eyes, the Norwegian government was complicit in violating their human rights in face of years of prejudice and abuse.

Known as Lebensborn, which translates to Spring of Life, these children were born into a programme devised by Heinrich Himmler himself in 1935 to promote an Aryan future and turn around a declining birth rate in Germany.

German soldiers were encouraged to father children with the local women and were assured that the Third Reich would take care of the child if they did not wish to marry the mother.

But as the conflict ended in 1945, which is the same year the programme started in Norway, hatred and hostility remained for the children born of a Nazi father and a Norwegian mother.

A denial of education, sexual assault, physical and mental lashings was but some of the alleged abuses they faced in the years following.

Amidst the start of legal action in 2002, the Norwegian parliament had ordered the state to make amends to the tune of £16,700 each, depending on the severity of experience.

Gesture aside, Norwegian courts would rule that the government couldn’t be culpable for their plight as Norway only signed the European convention on human rights in 1953.

The plight and silence the Lebensborn endured were illuminated by the series of trials in the noughties, which inspired Teknopilot’s co-founder Elin Festøy to reach out and tackle telling their story.

“The stories that they told us were so moving,” Festøy tells PocketGamer.Biz.

“But they also told us that very few people know about this and that young people today should also learn that the war isn’t over when it ends, because the hatred that remains.”

A woman of many hats, Festøy worked in journalism and communications for 12 years before coming to documentary making.

Although a tried and trusted medium of lighting up history’s darkest moments, Festøy admits she believed a documentary just wouldn’t do for this kind of story.

“It’s a film about old people talking about the war. That’s what you see,” says Festøy.

“They may tell you about these children but you don’t see them. So it’s not very easy to get the story out to new people.”

With high ambitions, Festoy and her Hamar-based production company set about raising awareness for Lebensborn children by making a game.

Backed to the tune of £9,000 in 2014 from the Norwegian Film Fund for early project development, Teknopilot would choose mobile as the platform for its title My Child Lebensborn.

“It has the potential for a three dimensional and really interesting character. But no one has done that so far,” says Festøy.

We were interested in using the intimacy of the mobile screen, the touchscreen is the most personal screen you have.

“We were interested in using the intimacy of the mobile screen, the touchscreen is the most personal screen you have.”

The game curiously blends the love and care of My Tamagotchi’s management gameplay with a blunt historical accuracy of malice and spite. Set in Norway in the 1950s, you are tasked with raising and caring for a Lebensborn child.

As far as maiden voyages in games development go My Child Lebensborn boasted ambition. While mobile brought the sense of aesthetic that Festøy was looking for, a premium model of marketing is certainly off trend.

According to Festøy, however, the type of story and experience they had in mind could only come to fruition on mobile.

“They are not really thinking about the intimacy of the mobile screen and that we can create a different games experience with mobile, which is why we haven’t released this on PC,” explains Festøy.

“We think the touchscreen is an important part of bonding with the child in-game.”

Outside of the personal connection between people and mobile, another reason for Festøy’s admiration of pocket games is My Tamagotchi.

The long-running toy and game hybrid about caring for a fictional pet stretches back to 1996 and even made its own debut on mobile in March with My Tamagotchi Forever.

The game's core mechanic of evoking care through reading body language over a happiness meter proved a draw.

Festøy also admired the sense of claustrophobia that came with games like My Tamagotchi and even Talking Tom, as it drew focus to the object on the screen and made wider society a mysterious component.

“You are looking at the kid all the time and you don’t get to see much about society, because there is that claustrophobia that you can’t change anyway,” says Festøy.

“You have this limitation that’s in the Tamagotchi format that you’re always focused on the kid.”

One of the biggest challenges My Child Lebensborn faced was the duty of care it owed to its body of historical material.

The game's storyline comes from a myriad of real-life experiences gathered through interviews. The background information for the game also comes from one Lebensborn woman specifically.

“The biggest challenges are the constraints. It’s really important for us that everything in the game is representative,” explains Festøy.

“We can’t offer the spectacular and that is a blessing and a curse because the important thing here is knowing this is based on true stories.”

Another challenge came from the inevitable balancing act of merging an engaging narrative with a grim subject matter.

We can’t offer the spectacular and that is a blessing and a curse because the important thing here is knowing this is based on true stories.

Delve too deep into the horror of history and players may be turned away from the game, tread too lightly and players fail to garner a sense of the prejudice the children suffered so silently.

“We tried to create some nice moments with the child so it wouldn’t all be grim and dark,” says Festøy. “I think we go quite far, but the actual stories are so much worse.

“Some of these children were placed in mental institutions even though they were completely sane because the government wanted to get rid of them.

“There are stories of sexual abuse in the children’s homes. They are all conceivable stories of what happens when children aren’t protected enough.

“We could have gone much further, but I think that would have been unplayable.”

My Child Lebensborn’s release date on Victory Day, May 8th, on Android is somewhat bittersweet, given what followed.

However, following on from its iOS release Festøy believes that the game's message was received, with players giving pause to reflect on their own history and that of the Lebensborn children.

“One of the really beautiful things is that people play this and then discuss their own history and then start looking online and starting talking about these children,” says Festøy.

“It gives me the chills because it’s wonderful.”

My Child Lebensborn will be showcased at the Big Indie Fest @ReVersed 2018, where the games' lead designer Catharina Bøhler will be speaking.

If you would like to register you can do so here.