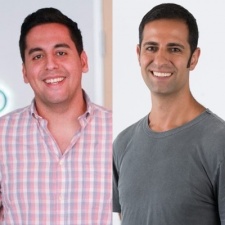 New publishers seem to crop up each and every month, often spawned from a developer or marketing company that has decided to expand its business on the back of its own success.

But when it comes to mobile, publishing is increasingly about user acquisition. To that end, PlayIgnite has a £100m warchest to pump into UA, while Tilting Point is commiting $132m investment into UA annually.

Others meanwhile, such as Fingersoft’s publishing label Round Zero, as well as devs/publishers Voodoo and Ketchapp, have large existing userbases to cross-promote with.

Through Lion Studios we help mobile app developers publish, promote and get their apps discovered.

“We have a lot of flexibility in the way we can work with developers, which includes publishing, marketing, and optimising revenue for apps. Most indie devs can’t afford the heavy investment it takes to get noticed in the charts and monetise their apps right away, and Lion Studios helps them do that with little overhead.”

It already has significant successes in driving hundreds millions of downloads, generated before its official announcement. SuperTapX’s Love Balls, for example, was downloaded more than 100 million times in less than three months.

“We started Lion Studios because we saw an opportunity to add resources for AppLovin customers and to provide those resources across all channels on mobile.

“Through Lion Studios we help mobile app developers publish, promote and get their apps discovered, which ultimately furthers our efforts to make a stronger and more robust independent app ecosystem.”

While not exclusive to publishing hyper-casual games, Lion Studios has certainly had early success in the space with Love Balls. It’s an area of gaming AppLovin is no stranger to - the company’s international MD Johannes Heinze wrote a series of articles ahead of the curve right here on PocketGamer.biz about the ascendance of hyper-casual.

Vivas admits that, much like the rest of the mobile world, it is “super bullish” about the space, something which is reflected in its catalogue.

If there were an easy formula or playbook for this, then everyone would do it.

“The hyper-casual experience is precisely tailored for mobile,” explains Vivas of hyper-casual’s popularity.

“It’s addictive, which is good because people always have their phones by their sides. It can be played for hours on end, or for just a few seconds at a time. Life is full of idle moments and short lines - what you call queues in the UK - and hyper-casual games can even be played in those 30-second bursts, whereas heavier games wouldn’t even load in that time.

“And like mobile, hyper-casual is universal. There are sparse or no words, so there is no language gap, and these games have the shallowest learning curve imaginable.

“Hyper-casual is fun and it’s easy to jump right into and play in short intervals, but it still has the depth to keep people playing for months on end.”

But how is Lion Studios driving such large numbers of installs for hyper-casual games and others, at what it claims to be a “cost-effective” rate? Vivas coyly says it’s the company’s not-so-secret sauce, which comes down to “knowledge, smarts and hard work”.

“If there were an easy formula or playbook for this, then everyone would do it. We have a strong fundamental approach to maximising an app’s potential. It’s what we do all day for our customers.”

Following the launch of the new division, Lion Studios opened up a $300,000 competition for developers, which runs until August 13th.

It’s looking for independent mobile game studios with fewer than 30 employees, whose submitted titles have fewer than 100,000 installs. Qualifying developers can submit up to three titles each.

You can find out more about the contest here.