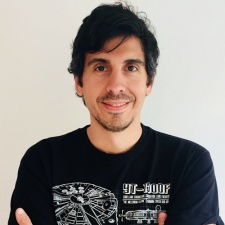 Backers in the five-person team include Initial Capital and London Venture Partners, who have previously invested in the likes of Finnish development giant Supercell.

The news comes as Massive Warfare: Aftermath launches worldwide on the App Store and Google Play. Prior to the global release the title had racked up 1.6 million downloads through Google Play Early Access.

The real-time PvP title puts players in control of tanks, ships and helicopters as they wage war across the battlefield. Modes include free for all and team deathmatch in 4v4 online multiplayer.

Speaking to PocketGamer.biz TinyBytes CEO Andres Constantinidis said the five-person team plans to use the funds to expand its operations.

“We want to stay nimble to execute fast, but at the same time we also need help in other key areas and give the best support to players as we grow the game,” said Constantinidis.

“We are currently recruiting. We’ve had great experiences when working remotely and we want to work with the best talent there is around the world. We also want to scale the game, and reach more players so we’ll also use funds for marketing.”

TinyBytes is also eyeing up potential mobile esports and rewarded tournaments for Massive Warfare and expanding the brand.

“Having a healthy financial runway is key in this business and it will allow us to take bigger creative risks when we start planning our next game,” he says.

“The best part though is working with two industry giants like Initial Capital and London Venture Partners. Their experience in gaming and mobile is just phenomenal and it’s the best added value we could get from an investor.”

Having a healthy financial runway is key in this business and it will allow us to take bigger creative risks when we start planning our next game.

Constantinidis is bullish on current title Massive Warfare’s chances for success over the long-term, of course. He says that while there are other vehicle shooters on the market, the ability to move from tank to ship to helicopter helps the title stand out on mobile.

“We’ve been playing military vehicles for some time, and we always thought vehicle shooters on mobile felt too unidimensional, until now,” he says.

“In some triple-A console games you can actually grab a tank, blow up a helicopter, then jump on a helicopter throw missiles at a hovercraft and so on, so why not do it on mobile? There were tank shooters, helicopter shooters and warship shooters on mobile, but none had them all in one game.”

While most new studios claim to have something innovative, the mobile market is currently in a period of consolidation in which it’s hard to break through as a small developer against the big publishers.

Constantinidis is well aware of the challenges, but believes a small team that can act quickly can compete.

“I think timing and speed are key these days,” he explains when asked how new studios can make a mark.

“It’s very important to have the ability to interpret where the market is going and capture that trend at the right time.”

He adds: “We have been looking at what has been happening with the hardcore audience on mobile and mobile esports for a long time now. Of course, this by itself is a big universe to study; we have our own interpretation of where it could go, which aspects of it we could harness and where we could add value.

“Once you have a vision, it’s critical to have a lean, fast and experienced team in place who is flexible enough and can pivot when necessary in order to deliver the right game at the right time. Focusing on a growing niche and being fast is the only way a small studio like us can compete with the big publishers.”

Once you have a vision, it’s critical to have a lean, fast and experienced team in place who is flexible.

Backers Initial Capital and London Venture Partners certainly have faith in the team to break through. The $1.4m funding marks the first time they’ve invested in a Latin America-based games developer.

Constantinidis says the development scene in Chile, where the studio is based, is smaller compared to other key global development hotspots, but still houses around 50 establishes studios making games across platforms.

“It’s growing at a steady rate though,” he says.

“We’re starting to see more and more young spin-offs from companies like Behaviour Interactive and DENA Santiago delivering highly polished games that can compete globally, on console and PC especially.

“There’s a great pool of talent in a relatively low-cost location. We understand and live the Western culture like they do in the US and Europe and we are in a similar time zone as well. That makes it easy to work with companies here.”

He adds: “Then there’s the ongoing financial support from local government organisations like Corfo and ProChile who help games developers access equity-free funding for developing innovative games and travelling to the main industry events around the world to meet with partners overseas.

“It’s thanks to that type of support that we could raise our investment round. It’s been a long process and we are happy to say we are becoming pioneers by obtaining the backing of the Supercell investors for the first time in Latin American gaming history.”