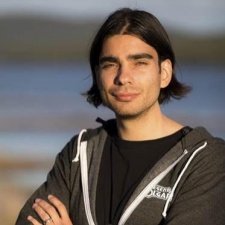 King remains one of the biggest mobile games companies in the world thanks to the Candy Crush Saga franchise.

The original release for mobile is still one of the world’s top grossers, while sequels Jelly Saga and Soda Saga have proven highly lucrative.

They’ve now been joined by Candy Crush Friends Saga, which will no doubt provide great returns for the company too, particularly after testing it for more than a year in soft launch.

But one area the company has so far failed in is the midcore space. It has tried soft-launching a number of titles, from Hero to Stellar: Galaxy Commander, but without success thus far.

King is known to be working on a Call of Duty mobile game, but there are no details as yet on the form this game will take and when it, or if, it will be released.

King has previous with Snowprint. Not just investing in the studio back in 2016, its CEO Alexander Ekvall, who co-founded the company in April 2015, previously worked at the publisher as director of product. This followed King's acquisition of his last company, Fabrication Games.

Snowprint has been working on Legend of Solgard for three years now. The title utilises a mix of match-three gameplay - an area King is well-versed in - with RPG Elements.

The title is part of King’s new third-party publishing initiative and acts as another way to crack the midcore market, presumably eventually in other categories too.

We want to deliver new experiences where players keep learning new things about the game as they progress.

But that doesn’t mean the journey to launch was any less challenging. It’s taken three years to get to release, after all. Unusual for a mobile game.

“At Snowprint we aim to make games that have depth and personality so we can keep our players entertained and curious for a long time,” Snowprint CEO Alexander Ekvall tells PocketGamer.biz.

“We want to deliver new experiences where players keep learning new things about the game as they progress. We want players to have discussions about creatures they love and hate and discover new tactics to overcome the many different forms of challenges in the game.

“Trying to achieve this without over complicating things or creating something that feels to niche has been and continues to be a tough balancing act.”

Ekvall says the studio chose to work with King because of its huge standing in the mobile games sector and ability to add invaluable marketing and infrastructure capabilities to a small studio.

He stresses however that while the team does work closely with the Candy Crush outfit in several functions on the publishing side; it has several investors with stakes in the studio besides King, and acts autonomously when it comes to the development of Legend of Solgard and the game universe around it.

Ekvall is, of course, bullish on Legend of Solgard’s chances on the market and to break King’s curse in the midcore arena, calling it an “evolution of the turn-based RPG genre”.

He points to the team that has a “track record of developing and supporting top charting mobile games coupled with the experience from some of the largest triple-A titles”, which he says puts the studio in a strong position to create an innovative and approachable mobile game. The team’s past experiences include working at studios such as EA DICE, Rovio and Zynga.

Time will tell of Ekvall’s bullishness and the team’s experience will pay off with Legend of Solgard. According to App Annie, it currently charts at 501st as of October 9th on the US App Store top grossing rankings. In other countries such as the UK and Germany, the title flits in and out of the top 200.

Perhaps there’s work to be done, then, if the goal is to be a market leader in the space. But King and its other investors likely wouldn’t have backed such an experienced team simply for short-term results.