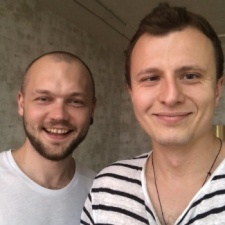 There are many mobile games that have generated millions of downloads thanks to a big marketing push upon launch.

But few are able to quickly achieve hundreds of millions of downloads in their lifetime, yet that’s exactly what H8 Games has done with its highly addictive hyper-casual mobile title Helix Jump.

The title has been downloaded more than 200 million times to date, making it one of the hottest mobile games during the last year.

How did it all happen? Voodoo and H8 Games share their insights.

H8 Games was set up by two friends and colleagues, Oleg and Oleh, who previously worked at a large mobile games studio in Ukraine.

Just two years ago, the duo made the decision to venture out and form their own studio. After working on a few projects independently and self-publishing one of the top games in Eastern Europe, the developer attracted overtures of large publishers.

But following chats with Voodoo back in August 2017, H8 took the decision to partner with the hyper-casual games publisher.

“We were a small independent game studio with big plans and a lot of ideas, so we decided to work with several publishers to promote our games," says H8 Games CTO Oleg Batrakov.

"From the very beginning of our cooperation with Voodoo, it was clear that these guys were really taking care of each game and trying hard to bring success for both of us. Voodoo is filled with talented people that have a good balance between personal and commercial relationships.”

Upon signing with Voodoo, H8 pulled the titles that had attracted so much attention from the app stores and got to work improving them.

Voodoo is filled with talented people that have a good balance between personal and commercial relationships.

As Voodoo puts it: “They were fast, efficient and talented but they lacked one major thing: market insight.”

The publisher worked with H8 Games on a daily basis, sharing that all-important market knowledge and providing feedback to improve the metrics of each title they developed.

“We also taught them how to prototype as fast as possible,” said Voodoo. “This meant that not only did they make better games, but they made more of them. With this, success was guaranteed.”

Following two months of testing, H8 Games publishes its first game with Voodoo, Fire Rides. However, despite having promise, the title didn’t have the success either company had hoped for.

The decision was made to ditch the title and focus on new and bigger projects. After creating seven prototypes in a period of just eight weeks, a new game was published: Helix Jump.

“Fire Rides and Helix Jump were two of many other game ideas that we tested and polished together; we think there's no magic recipe," says Batrakov. "Just inspire, create, test and polish. That's it.”

A culmination of all the lessons learned from previous projects and prototypes, Helix Jump went on to be an instant and massive success for both Voodoo and H8 Games.

It’s become one of the most popular games on the App Store and has racked up more than 200 million downloads to date. It’s now one of Voodoo’s flagship titles.

H8 Games isn’t stopping after one massive hit. The founders plan to invest most of their earnings from Helix Jump into expanding the team - they’ve already hired new developers and artists - as well as helping teach young developers tips for achieving success in games.

“We're really happy about the success which will help us to grow our studio and hire more people to make some new hits!" states Batrakov.

The studio remains on the hunt for its next big hit.