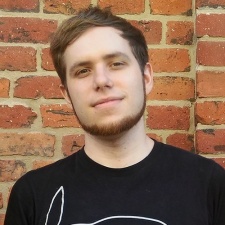 Today, we're speaking to Luke Spierewka from Afterburn, who submited Golf Peaks to The Big Indie Pitch at GIC 2018 and walked away as the champion.

Luke Spierewka: Afterburn is a team of 3 people - myself (Luke), Kamila and Weronika. I was responsible for most of the tech/code stuff and business development. Kamila started off helping out with taxes and legal matters, but she also turned out to be a pretty good level designer and single-handedly created most of the game’s puzzles. Weronika is our resident artist/animator who fine-tuned the game’s visuals and created most of the promotional art. Initially we had one other guy helping us - Maciek - who forged the game’s initial art direction before having to leave to pursue other matters, though he’s still good friends with us and helped us with shipping the game - for example, he created the game’s launch trailer by himself!

Our main goal with Afterburn is crafting small, worthwhile experiences - at the moment we don’t want to pursue multi-year projects (at least not yet), instead trying to create tiny games with interesting mechanics and pleasant visuals. We’re also prototyping new stuff during game jams - while working on Golf Peaks we spent a weekend creating a mini-arcade experience for iOS called ‘Pulsar’, and after releasing our commercial title we designed a small, replayable narrative experience for PC and Mac called ‘Silvercliff Killings’.

‘Golf Peaks’ is a tiny puzzle game out now on iOS, where you use cards to solve golf-themed brain-teasers. Each level is composed of square-like blocks towering above a mist-like background, arranged in a grid pattern. You usually start with a ball in one corner of the map, and must figure out how to get it to a hole (marked with an animated flag) using a pre-set deck of cards. These cards can be used in two ways: either rolling the ball on the floor, or launching it into the air to fly over obstacles.

Along the way players will have to experiment with a wide range of mechanics - sand pits, water blocks, slopes and more - and learn how to use their cards in order to succeed. There’s no physics involved, so you don’t have to worry about messing up the manual input - the only thing that matters is your understanding of the puzzle itself. The whole game has more than 70 levels and we’re currently working on new ones that will be added to the game for free!

I don’t feel qualified enough to speak for everybody, but I feel like we’ve been able to survive because of a combination of different factors - living in Poland (which is cheap), hard work, external causes and plain luck.

Fortunately Golf Peaks has been able to earn its development costs within a week and a half, but that’s mostly due to keeping the development costs very low and being heavily featured by Apple during our initial week. We’re happy with the results and we’ll see how we fare in the long run - especially since we have other platforms on the way.

However, we also know that this launch is a best-case-scenario and there’s no guarantee that we’ll be able to repeat this. Once we’re done with creating free updates for Golf Peaks we plan to take what we’ve learned, figure out an interesting set of mechanics, put hard work into it, finish development in less than 6 months and (hopefully) do a better job with marketing.

It was really fun! I didn’t really know what to expect since it was my first time pitching a game at a contest like this. We were worried that maybe the jury won’t like the game or that it’s not robust enough. However, presenting Golf Peaks and talking to the judges - most of whom are really experienced developers - gave us a lot of insight regarding the game and we’re very happy that they’ve selected our game as the one they enjoyed the most.

The Big Indie Pitch allowed us to gain impartial feedback about Golf Peaks, as well as business contacts which might help in the future. It’s also been really nice to see people being excited for the game and getting our first award! The baseball bat is a really nice addition to the studio’s trophy shelf :).

Right now we’re working hard on expanding Golf Peaks with more content, so expect to see more worlds and interesting mechanics coming to the game for free, on all platforms. We’re also starting development on the game’s Android version and we’ve signed a partnership with another company to handle a Switch release in the near future, which we’re very excited about.

As for future projects - we’ve got some ideas brewing, so hopefully in 2019 you’ll see some fun stuff coming out of our studio.