"I think if I’d known how easy I’d find it to relate to everyone I’ve worked with over the past five years, I’d have looked for a job in games a lot sooner" 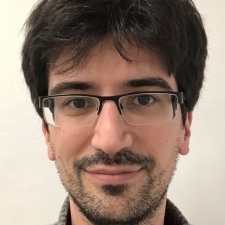 James Back is the director of product at Sega Hardlight.

This time we spoke with Sega Hardlight director of product James Back.

James Back: As director of product at Sega Hardlight, I oversee the direction of the studio’s live mobile titles to make sure we’re doing the best we can to make them sustainable and profitable.

I work closely with producers to prioritise new features for the games, while utilising the analytics team to help get as much useful data as possible to inform our decisions, as well as working with live operations to ensure our players have consistent access to fresh content.

Until 2014 I worked in a business intelligence role in the housing industry and I was looking to try something new.

I started seeing jobs advertised in mobile games that roughly matched my skillset. After doing some research I felt quite positive about the idea that working in the games industry might be more than just a dream.

It took a few months of applications before I managed to get an interview and another six months before I finally got an offer before starting as a games analyst at Exient.

What I never realised before joining the industry is just how much work there is for people who are enthusiastic about games and have a good head for numbers.

Starting out was quite intimidating. It took me a while to build up the confidence to speak out about the games I was working on – especially when I was surrounded by people with years of industry experience.

Over time though, I started contributing more to discussions about design and running games as a service before moving into a product lead position. Then in 2017, I moved to Sega Hardlight and have gradually taken on more responsibility since.

Not really! I’ve always thought of myself as having more of an analytical mind than a creative one, so I certainly didn’t expect to end up having a say in how games were designed.

What I never realised before joining the industry is just how much work there is for people who are enthusiastic about games and have a good head for numbers.

In the world of mobile there’s analytics and data science, but even in more traditional game development there are areas of system design and economy design that I could probably have started looking into as soon as I'd left university

What did you study (if anything) to get your role? What courses would you advice for aspiring professionals in the area?

I'm a maths graduate, which is a remarkably non-committal degree to have - it’s not something that gets much application outside the academic world.

However, I would say to anyone coming out of university with a maths, statistics or economics-related degree that if they’re interested in making games for a living there are definitely developers that could make use of their brains.

When we push something new into a live game and we can see that we got it right through feedback from our players alongside the game’s performance data.

It’s a great feeling. For me, the games industry is about creating fun for a living and knowing that something I’ve helped build has put a smile on our players’ faces is just awesome.

What does it mean to work for Sega?

Sega is a company with so much history behind it and it's something that still catches me off-guard when I think about it. My sister and I would play the early Sonic games for hours and hours when I was younger and it’s great to be a part of the company that gave the world those games.

Free-to-play is just one business model for making a service game work and if it’s done right then creating fun gameplay needs to be the top priority.

It’s also really nice to be a part of a group that includes a bunch of other great studios. I’ve now worked with people at Creative Assembly and Sports Interactive, which has been a fascinating insight into other parts of the industry.

I'm not sure there’s much public awareness of the sort of work I do, since it’s more about decision-making rather than writing code or creating art. I suppose the biggest thing would be the idea that free-to-play mobile games are about compromising on fun for the sake of making more money.

This is actually a challenging perspective to deal with both inside and outside the industry, so I’ve had to fight against it for a while.

Free-to-play is just one business model for making a service game work and if it’s done right then creating fun gameplay needs to be the top priority. Without that, there’s nothing for players to stick around for.

While the games industry is a world full of very talented people, most of those people are gamers first and foremost. I think if I’d known how easy I’d find it to relate to everyone I’ve worked with over the past five years, I’d have looked for a job in games a lot sooner.

As with any career aspiration, don’t get discouraged if you’re finding it hard to get feedback or advice. A lot of studios don’t have full-time recruitment staff and won’t always have time to reply to everyone. Just keep at it.

If you are in this situation, a good way forward is to get out there and meet people. Careers fairs, expos, conferences, etcetera.

Any developers showing up at these sorts of events are doing so because they want to find people with enthusiasm and drive that will help them discover opportunities that might be available to them in the industry. If that’s you, then do some research and get out there!

Want to find out more about Sega Hardlight? We visited the studio at the end of 2017 to get a behind the scenes look at how it operates.

Jobs in Games: Sega Hardlight's Joe Stone on how to get a job as a Game Director