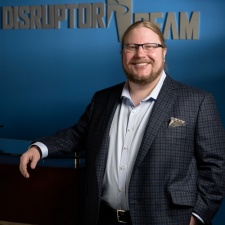 It’s not difficult to work out what type of free-to-play mobile games Boston-based developer Disruptor Beam specialises in.

The business mechanics of running licensed products are highly complex, however, and that saw Disruptor Beam making some hard decisions in 2018.

So although it has two new titles due for release later in 2019, only Star Trek Timelines remains live. Operated alongside publisher Tilting Point, it’s in rude health, and oncourse to surpass $100 million of lifetime revenue by the end of 2019.

“Running a game for a year is a success in this market,” comments CEO Jon Radoff.

But he’s also keen to point out the plan for Disruptor Beam has always been about more than making games.

“I’ve got a background in enterprise software, as well as games, so we’ve built our software to ensure it can be used by other companies,” he explains, introducing Disruptor Engine.

“It’s a similar approach to Unreal Engine,” he adds. “That technology is infused by Epic’s experience in game-making, and we aspire to be the ‘Epic of live ops’.”

A live operations platform for F2P mobile games, Disruptor Engine is the accumulation of everything Disruptor Beam has learned and includes functionality ranging from analytics and content delivery to monetisation and user management.

“In mobile, the reality is that 80 per cent of a game is a commodity. The 20 per cent that matters for success is the art, the user experience, the game innovation,” Radoff argues.

“Disruptor Engine lets developers focus on these aspects, not setting up their backend servers.”

Disruptor Engine provides the framework and interfaces so developers can manage their game operations.

He bridles at the description of Disruptor Engine as ‘middleware’, however.

“It’s not middleware or backend-as-a-service like PlayFab or GameSparks,” he corrects.

“We’re not providing low level coding tools. Disruptor Engine provides the framework and interfaces so developers can manage their game operations in terms of content, events and retailing. It’s a business tool.”

Of course, many successful mobile games companies have already created such proprietary smarts.

“Sure, Supercell has its own. We’re not going after them just yet, although we think even the top-tier companies will need this eventually,” Radoff says.

“But currently very few companies have access to this level of expertise.”

As with all such products, opening up Disruptor Engine for third-parties will be a multi-stage process. It will first be used by close partners such as Tilting Point and Vancouver developer East Side Games before being rolled out to a handful of other studios.

The eventual plan is to have a product robust enough to be available through a self-service model, although Radoff won’t predict when this is likely to occur.

“We want to find out what provides the most value for developers and we’ll gain this as we get a broader market perspective,” he says.

Interestingly, this education will also enable Disruptor Beam to work out the best way to monetise Disruptor Engine.

“There are lots of ways we could do it because we have the potential to add a lot of value to developers, whether that’s making development quicker or enabling smaller teams,” Radoff says.

“The opportunity is to create an entire ecosystem.”

Discover how to scale your mobile game and keep it going for years on the Growth and Live Ops LandScape tracks at Pocket Gamer Connects Seattle on May 13th to 14th.