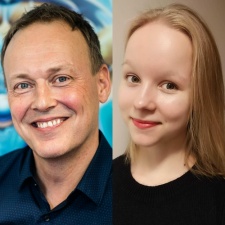 Finland's games industry isn't short of success stories, being home to the likes of Rovio, Supercell and Fingersoft to name a few of its most successful exports.

The latest to join that list is Small Giant Games, the developer behind the hit game Empires & Puzzles. The title blends match-three, base-building and RPG mechanics in a fantasy setting, and the slick execution of that combination has won over mobile gamers across the globe.

The studio was founded back in 2014 by Timo Soininen. Prior to that, he had been the CEO of software company Sunduka and CEO of Habbo Hotel developer Sulake.

Its debut title Oddwings Escape didn't exactly set the world on fire, leaving the team needing a successful follow-up. After learning the lessons of the first project and going back to the drawing board, it came up with Empires & Puzzles.

Not just keeping the studio alive, the game has been a huge hit, becoming one of the world's top grossing games. It's done so well, in fact, that Zynga acquired an 80 per cent stake in the company for $560 million upfront late last year, with the potential for further payouts based on performance.

This year Zynga stated in its financial report that the title had outperformed expectations, resulting in a higher cost for the acquisition. Good news all around for the developer and its new parent company.

To find out how Small Giant did it, and how it plans to keep growing the game, we caught up with company CEO Timo Soininen and developer Sofia Vanhanen.

You can find out more from the company when Soininen speaks at Pocket Gamer Connects Helsinki on October 1st and 2nd later this year.

PocketGamer.biz: With Empires & Puzzles now over two years old, how do you reflect on its performance - from launch to the mature title it is now?

Soininen: We believe the key to Empires & Puzzles’ success is a game that’s well defined and fun to play over a long period of time.

Our design and development team was able to execute superbly against our vision of creating an easily accessible “entry-level RPG”. We wanted to combine easy access with a lot of content and depth of gameplay, i.e., having different modes of gameplay and social interaction for the players.

I think the game has kept its original attraction of being approachable while offering a lot of new depth and variety to gameplay and social aspects.

And to add to a “never-ending” lifespan of the game, we have and will continue to add a lot of new content and new features to the players. Naturally delivering ongoing quests and events is also a priority.

How big is the team currently handling live ops on Empires & Puzzles?

Soininen: We do live ops a bit differently than most companies. New events are implemented by the development team, but they are designed to be rotating. This means that we don’t have a live ops team in the traditional sense.

We have a small, but efficient suite of live operational tools that enable us to pre-schedule all live operational actions. The size of the entire development team is about a dozen people, but they do get support from the other teams such as customer care, dev ops and so forth.

How important do you consider customer support and updates to be and what has been your approach to this?

Soininen: Player support is a very important part of running any successful mobile game. In a healthy player community, the players will, of course, support each other as well.

It's just amazing what kind of guides and pro-player tips players have created. We are happy to have a very active community forum, where players are sharing best practices and tips.

With Empires & Puzzles, we aimed to create a game that is ever evolving and changing so we regularly add new features and arrange a variety of live ops activities almost every week.

This strategy of releasing regular content that keeps players engaged fits in perfectly with Zynga’s “bold beats” strategy, so the acquisition has accelerated this commitment.

Specifically, could you tell us about the latest 'epic expansion' to the game and your approach to developing that?

Vanhanen: The new base expansion is all about expanding the building system by adding advanced production and storage buildings, along with three completely new building types.

These new kinds of buildings will also bring fresh mechanics into the game. For example, Hunter’s Lodge brings new items, more powerful than any of the existing ones, and new resources that can only be gathered by reaching a new kind of goal, affecting your entire alliance.

I was given a lot of freedom in creating this update. For months I was the only one actively developing it, though I was, of course, consulting our designers and senior developers during the entire development process.

We have a strong culture of trust which allowed me to start working on my own update immediately after expressing my desire for one. I was the most junior developer and still no one felt like they needed to look over my shoulder.

What steps have you taken to ensure that Empires & Puzzles maintains a sizeable and active player base all this time after its launch?

Soininen: With Empires & Puzzles, we have invested a lot in user acquisition, which has worked really well for us.

We have a strong culture of trust which allowed me to start working on my own update immediately after expressing my desire for one.

One of the success factors has been our ability to create a large variety of fun video and playable ads that resonate well with different types of prospective players.

As part of our unique approach, we have built our own bespoke analytics and marketing automation tools to manage our global marketing efforts and that has worked really well. Having access to Zynga’s larger publishing and studio operations has only enhanced this capacity.

What impact has the Zynga acquisition had on Empires & Puzzles' development and growth?

Soininen: The acquisition in January of this year by Zynga has been very positive and all things have gone as planned. We have been able to maintain our operating culture and keep our focus fully on the development of Empires & Puzzles and our new game.

In terms of development and growth, we have been able to leverage Zynga’s network to improve our operations. Furthermore, I believe that exchanging information with other Zynga teams in areas like analytics, user acquisition and consumer insights will help to make our current and new games even better.

Soininen: Since its debut in 2017, Empires & Puzzles has been downloaded more than 34 million times and has reached the number one grossing position in 57 countries on the Apple App Store and 24 countries on the Google Play Store.

Empires & Puzzles has also broken into the top 10 grossing games charts globally in a combined 124 countries on the Apple App Store and Google Play Store.

We are pleased with the key player engagement indicators of the game, but unfortunately, we can’t disclose any details about them.

What lessons have you learned/are you still learning from Empires & Puzzles? Is there anything about the game that, in hindsight, you'd now handle differently?

Soininen: As we strive to build games that become a long time hobby and social platform for players, it’s important to have a proper dialogue with the players.

One learning is that you can’t release too much or too quickly. It’s better to try to be very smart about the features and do really, really well executing them.

We run a pretty extensive beta program with a large number of our players for all key features to ensure we get it right and get the players’ feedback.

I think we were able to identify and include the most relevant initial game features - with our very small team - and then have had the insight to roll out new features which have kept our most advanced players interested and engaged.

I suppose one learning is that you can’t release too much or too quickly. It’s better to try to be very smart about the features and do really, really well executing them.

Finally, how has your experience with Empires & Puzzles informed where you are/what you're working on now?

Soininen: The success of Empires & Puzzles luckily has confirmed that our focus and strategy on building approachable mobile RPGs is working.

In fact, we have a new RPG game Puzzle Combat currently in soft launch with the goal of getting as much player feedback as we can. Puzzle Combat builds upon the global success of the modern combat theme while leveraging our proven, accessible game mechanics and structure. We’re excited for players to try this new title.

About the future games of Small Giant: it’s way too early to say anything concrete, but since our team is incredibly versatile and creative, it will be interesting to see what kind of cool games we will come up with.

You can find out more about Small Giant Games when Soininen speaks at Pocket Gamer Connects Helsinki on October 1st and 2nd later this year.