"I’d argue premium games died on mobile some time ago. We can’t ignore the changes to the mobile economy that have occurred over these last five to seven years" 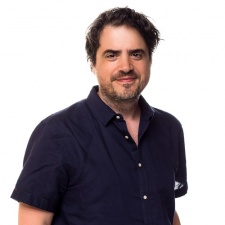 The company is looking to bring old premium games back to life through its subscription service and has previously raised $2.5 million to help see that ambition become a reality.

GameClub's new COO also has experience as an indie developer on the App Store, developing word game W.E.L.D.E.R., which racked up more than one million paid downloads.

"I met GameClub founder and CEO Dan Sherman through a mutual friend and quickly realised what an incredible opportunity the company had to reshape an important sector of the games industry," Myers tells PocketGamer.biz.

"GameClub is at the intersection of all my professional career experiences. 18 years founding companies and succeeding in start-up operations, four years as a modestly successful indie games developer in the early days of the App Store, and the last four-plus years leading product for a mobile subscription start-up, Homer Learning, which makes educational products that teach kids how to read and helps families have the best educational start possible.

"Gaming, start-up, subscription - that made GameClub an impossible opportunity to turn down."

Subscription services are becoming increasingly popular as games companies strive to be the 'Netflix for Games', whether that's offering a collection of titles from a variety of developers or a publisher providing a one-stop shop for their own portfolio.

Focusing on bringing back old premium games, as opposed to offering up lots of new content, is GameClub's niche corner of that market. And subscription is the method it's chosen as the ideal model for their grand return.

There was once a win-win alignment between players buying a premium mobile game and the developers building and selling that game.

But with free-to-play still dominant and subscription packages emerging, does this actually signal the end of new, single premium game purchases?

Myers says that as a former indie developer of both premium and freemium titles, he understands the challenges mobile developers have faced over the last 10 years.

"Ultimately, those developers who have a passion for building true gameplay experiences face a lose-lose scenario: having to choose between a pay-to-install game that, at best in 2019, makes a fraction of your development costs back even when successful; or a freemium experience that offers numerous operational hurdles and compromises that many games developers are not prepared to handle," he says.

"This was, of course, not always the case with mobile games. There was once a win-win alignment between players buying a premium mobile game and the developers building and selling that game.

"Winding the clock back to 2012, it felt good to buy a premium game, you got to own and play a complete experience forever - or so we thought. Developers felt good building for a platform like iOS where the audience was so large and hungry for new content.

"And mobile games at that point still had a high novelty value - the idea of playing these incredible, deep games on your phone was still real - which in turn created an economy of developers that could pump out innovative, high-quality content at relatively low prices."

Myers says however that the nature of mobile hardware and software updates has made such a value proposition difficult to maintain. As new devices and OS updates roll out, developers are tasked with spending time and money on maintaining them to keep them working, sometimes with little financial incentive to do so, particularly as premium's popularity on mobile has waned.

"A lot of us remember the 'appocalypse' when iOS 11 stopped supporting 32-bit apps, but even routine generational changes like the iPhone X can make it so that the game you bought simply doesn’t play full screen without an update from the developer," says Myers.

"And that adds up so that the mobile gaming experience becomes worse and worse over time.

"I’d argue premium games died on mobile some time ago. We can’t ignore the changes to the mobile economy that have occurred over these last five to seven years, doing the same thing and expecting a different result.

"Yes, games developers are still selling premium games, but the volume of downloads on the paid charts is dramatically lower than it was in 2012 and the potential payoff for those still making those types of games is far less fruitful than it once was."

So why then does GameClub, and indeed Myers himself, think subscriptions are the answer to the struggles of premium games on mobile?

"It may not be obvious to consumers at first glance, but the unit economics of subscription offer a win-win opportunity for both users and developers," claims Myers.

"Product and marketing teams at subscription companies invest more and more money every single month making sure you have a better experience, with the features and content you want, served up the moment you want it, and that your understanding of 'value' for what you’re paying is constantly reinforced.

"Players may be frustrated by the notion of another subscription, but when you love a product and a brand, spending the equivalent of a cup or two of coffee a month can feel good, because you know you’re getting requisite personal value in return - and if you don’t, you can just cancel."

I’d argue premium games died on mobile some time ago. We can’t ignore the changes to the mobile economy that have occurred over these last five to seven years.

Myers says his previous business Homer was an early adopter of mobile subscriptions outside of the magazine apps space back in 2014.

He calls it a "transformational change for the business", as previously it had been selling one-off content bundles that "forced parents to interrupt their child’s experience to help them make a purchase of content their child wanted to play with".

Subscriptions, he says, gave parents confidence the screen time was effective and valuable while giving kids the content they wanted, and for Homer Learning it provided an opportunity for predictable revenue growth that could be invested in new content.

"At GameClub, we see subscription as the perfect alignment between what players want and what a gaming business needs to be successful," says Myers.

"We love games here, but we also realise that making great game experiences often clashes directly with the incentives to manipulate and annoy players found in so many freemium products. I left the traditional games industry in 2014 for Homer - to make educational games for kids - because the nature of mobile gaming had by then already changed so much for the worse.

"I wanted to be building content that was meaningful and impactful for the end user. I, too, was faced with that lose-lose choice, and I moved on. I suspect this has happened for more than a share of great games developers over the last five years.

"GameClub exists to fix that problem, creating a better experience for players, with more great games to choose from and an opportunity for endless play without ads or in-app purchases to badger you. It’s a model that’s win-win for everyone."

GameClub brings its subscription service to Android in March