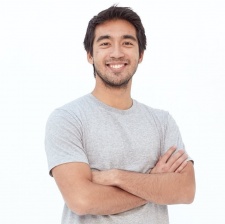 Corentin Selz is the publishing manager at Voodoo Istanbul studio

Hyper-casual mobile games publisher Voodoo has opened a new office in Istanbul as the company continues its European expansion.

The new office will operate as an extension of its Paris-based publishing capability, working with local studios and building off the back of the country’s growing sector.

Turkey’s digital game exports reached $1.05 billion in 2018 and its market value is estimated at $750 million, according to the Game Developers Association of Turkey.

In November 2018, the company began its expansion into Europe by launching a new office in Berlin, Germany.

PocketGamer.biz spoke exclusively with Voodoo publishing manager Corentin Selz, who is heading up the new studio, about the new team and why Turkey was chosen as the next appropriate destination the firm’s plans.

PocketGamer.biz: Why open an office in Istanbul?

Corentin Selz: We have grown a huge amount in the six years since our founding and this has meant that we’ve been able to experience ingenuity and invention from developers and studios across the world.

We saw an incredible amount of talent in Istanbul and we are excited to help them succeed.

In April, we hosted a game jam in Istanbul and were stunned by the creative drive showcased over a just a few days, with a huge number of exciting games coming out of such a short period of time. We saw an incredible amount of talent in Istanbul and we are excited to help them succeed.

What will the Istanbul team be responsible for?

Voodoo’s Istanbul office will operate purely as an extension of our Paris-based publishing capability, working with local studios to coach on how best to optimise, monetise and market their games.

The on-the-ground presence will be supported by the wider Voodoo team, as well as our innovative dashboard, allowing developers to work transparently with Voodoo publishing managers to create the next chart-topping title.

Our network has also been bolstered by recent studio openings in Berlin, Amsterdam and Barcelona; all who will be focusing on their own IPs. This allows Istanbul to have a very focused publishing remit, and it will be fully supporting the local and regional community.

How big is the team in Istanbul and how do you envisage it growing over the next year or so?

At the moment, we are hiring for a number of positions in the new office. That said, once fully formed, the office will remain compact and agile. This allows us flexibility and means that we can keep our fingers on the creative pulse of the city.

By extending our networks, we have ensured that between Q4 2018 and Q1 2019, we outpaced our nearest hyper-casual rivals by 150 per cent, with 771 million downloads in six months. Similarly, our major hits come from studios across the world: Helix Jump, Baseball Boy, Snake vs Block, Hole.io, Aquapark.io, Purple Diver and Roller Splat.

The move to Istanbul follows recent studio openings and that growth really demonstrates our drive to develop the sector and expand the hyper-casual market. We believe that, by widening our network and increasing our experience, we can better service our studios – that is really the key driver of our expansion.

We believe that, by widening our network and increasing our experience, we can better service our studios – that is really the key driver of our expansion.

Can you tell us a bit about your role? What is it about this new expansion and role that made you come onboard?

The role of a publishing manager is incredibly rewarding and refreshingly varied. At one point, we might be working on many games at once – coaching our studios on how they can iterate their games, whilst staying current on industry trends.

And being on the pulse of the industry is hugely important, we need direct contact with the market – finding out which games work, and which don’t. This means fostering communication with developers, studios and partners – so that we are always ahead of the curve.

I was keen to lead the office in Istanbul after our game jam earlier in the year, where I saw first-hand the passion and dedication of the developers who took part. Whilst we are well prepared to help with the creative process, it is always amazing to see a unique product in the early stages of development – and that was what we saw a huge amount of in Istanbul.

In terms of who we are looking to work with, we are excited to collaborate with passionate developers and we know from experience that Turkey is a great hub for this, regardless of the size of a studio.

Do you expect the types of hyper-casual games we’ll see over the next year will start to change? If so, how do these changes affect how you work with partners?

As the hyper-casual market matures and becomes more established, we are sure to see more evolutions in the development and publishing processes.

That is why as publishing managers, we spend as much time as possible sharing and discovering industry insights with our studios and the wider games community. In the past few years we have certainly seen a huge evolution in hyper-casual product quality with games just getting better and better.

One to two years ago, the top spots were taken by 2D games, but now 3D has taken over. Mostly, this can be attributed to the constant advancement in device technology - but we make it our responsibility to remain on top of these changes when creating and publishing games.

The press release mentions you’ll be hosting an event in Istanbul soon - why do this and what will this entail?

Yes, we will soon be announcing the date for an exciting event in Istanbul – where we will be showcasing success stories and case studies, and coaching local studios on how to evolve their titles for success. In recent months, we’ve hosted a number of these events around Europe – including Istanbul, which informed our decision to open an office there.

We have found that these events have been a great way to engage directly with the local games market, by creating a space where there is a collective sharing of ideas and learnings.

Recently, we hosted a similar event in London that included case studies from some of our biggest games, talks on UA and monetisation and presentations from other industry stakeholders. It was very well received, and so we are excited to replicate this in Istanbul.