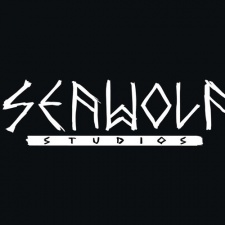 This week, we spoke to Newcastle-based Seawolf Studios, which consists of Liam Saul and Jaimie Self.

Liam: We were both flatmates at university and played lots of games together. We always discussed how we'd improve the games we were playing and one day, probably due to frustration at losing, we said “Hey, let's try making our own game”.

At first, our ideas were wildly out of scope and although I have a background in art, creating for a game has its own unique challenges. Jaimie had no coding experience either, so we spent the next year learning and practising.

We built multiple prototypes and day by day we got better. Now here we are, with our first published game (Pixel Pirate) under our belt.

Jaimie: It's not our full-time job at the minute, so we handle our responsibilities first and do our indie work in our spare time.

We both live at home with our parents, so as you can imagine that can be very challenging.

Liam: I work as a freelance artist, so for me, it's about managing contracts and doing artwork for the game afterwards.

I usually go for a run in the morning and the rest of the day is plugged into the matrix with plenty of breaks while making sure to stay hydrated.

Jaimie: With Pixel Pirate being the first game we’ve had to work with no development or marketing budget, which means we’ve had to learn everything on the spot and often improvise.

We both live at home with our parents, so as you can imagine that can be very challenging too.

Liam: Aside from learning everything, I'd say the biggest challenge was getting the game out there.

When you work on something naturally, you're going to love it and enjoy it but when it comes to release, getting people to play it without a marketing budget is so difficult.

There are so many games being released each day and it's easy to drown amongst them. Don't be shy, get your game out there from the very first day of development.

Liam: It's the small things. Setting a goal and achieving it or coming across a problem and getting through it is the most satisfying feeling. There are so many of these moments in game development which makes the whole experience so rewarding.

Jaimie: The best feeling is people saying they enjoy the game you made, so I'd say that is success.

Liam: It's tough. The hardest part is getting your game out there amongst the crowd. The triple A companies are constantly producing successful mobile games with their already established IPs and insane marketing budgets.

However, I do think there is hope for indie developers. As long as you're producing fun, quality games and working hard to get as many people playing as possible, there's always a chance it will do well.

The special thing about mobile as a gaming platform is that it doesn't need to have super realistic graphics to gain attention. In a way it reminds me of owning a Game Boy as it comes down to the fun experience.

Liam: After a year of learning game development with multiple development prototypes and having to reduce our scopes to something reasonable, we decided to do a sort of game-jam and make a game in one week. 3 months later we released Pixel Pirate, a casual arcade action game.

Be realistic. Keep your ideas limited at first and make sure it’s simple enough to actually be made.

There are two inputs: you have to use memory and timing to defend yourself from the oncoming enemies, while trying to unlock new weapons and characters to achieve a high score.

Pixel Pirate just got featured on the American, Canadian and Brazilian App Stores, reaching top 200 in Action and Arcade games.

That is a crazy milestone for us - especially for our first released game. We are immensely proud of it and we have content updates planned to continue to improve the experience for our players.

Liam: We will keep making games and hopefully become full-time indie developers. As mentioned, we have content updates planned for Pixel Pirate and we have another mobile game that is quite far along in development.

It's a long road ahead but we're dedicated to creating fun experiences as well as always trying to improve upon our skills, so we're optimistic.

Jaimie: Moving out of our parent’s homes would be great.

Liam: A culling-inspired brawler full of character, lore and competitive multiplayer is the idea that begun our game development adventure, so that is probably what we'd make given an unlimited budget.

Jaimie: Obviously that is quite far out of our scope at the moment but we have a spin-off planned for mobile that will introduce players to the world. Hopefully, you'll see that at some point in the future and we'll be one step closer to that dream project!

Liam: We haven't quite made it yet but for potential indies who are thinking about starting out: just go for it.

As long as you're having fun and are prepared to work through a lot of problems and figure things out, you'll be fine. The internet has the answers, and when it doesn’t, you'll come up with the answer eventually.

Jaimie: Be realistic. Keep your ideas limited at first and make sure it’s simple enough to actually be made. Don't be afraid to get your game out there early, see if people are actually interested in playing it.

If you're doing it for yourself then it doesn't really matter if anybody plays, though if you want to 'make it' then you have to consider your audience and the market. Get it started, get it finished, have fun.