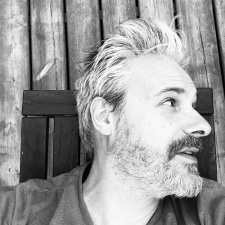 Dan Vader is the game director at Capybara Games and was the lead on Apple Arcade exclusive Grindstone.

This week, we spoke to Capybara Games and Grindstone game director Dan Vader surrounding the development of the studio's latest hit game and why Apple Arcade was the place to be.

Dan Vader: Capybara's origin as a company is actually pretty interesting on its own - it started on a forum. A bunch of Toronto folks wanted to break into the industry on an IGDA (International Game Development Association) forum so decided to meet up at a bar.

Plans got made, a name got picked, and this motley group of strangers and friends began working on stuff in their free time. People dropped off and it shrunk down to this smaller bunch of founding members. They somehow got a contract to make a licensed mobile title (pre-smartphone mobile) and Capybara Games was born.

To be honest, the only reason I got a job is that the studio was still figuring things out and everyone was pretending to know how to do this, so one more guy couldn’t hurt. I was in a dead-end job and wondering how the hell I was going to get out of the rut I was in. Some of the staff were friends of mine from film school and had been fantasising of the day they would ask me to come work for them.

We make really creative, interesting things and we make it in an atmosphere that is supportive of our personal lives and family schedules and challenges.

One day they did! I guess the moral of the story is be nice to people, be a fun and positive person to be around, and talk about your crazy ideas with people because you never know who is listening.

Generally, progress comes from what you talk about on the way to and from getting coffee refills. Most of the time we're working on something we've never done before, so doubt and questioning are constant.

Besides the gargantuan challenge of making each and every game? I think perhaps it's around visibility in a crowded market and getting the thing you’ve made actually seen and noticed by people.

Capybara has generally been really lucky in this regard, and certainly, with Grindstone we've been really overwhelmed by the response and how many people are shouting out the game. But I've worked on games that I was really proud of and yet they received barely any attention or reviews.

I think 'success' is us getting to do what we've been doing, for as long as we’ve been doing it. I've personally been making games with Capybara for 13 years now. That's wild to me! We make really creative, interesting things and we make it in an atmosphere that is supportive of our personal lives and family schedules and challenges. To me, that makes us very successful.

Up until very recently, my opinion was pretty mixed. It was the market we were going to release Grindstone into, i.e. a market dominated by either free-to-play titles built around squeezing revenue out of hooked players or premium titles with some brand recognition or built-in-awareness.

I was a little sceptical about Grindstone's chances but then Apple Arcade came along and offered this off-ramp to somewhere different.

Could you tell us about Grindstone?

Grindstone is one of my favourite games we've ever done. It's pure, old-school Capy games: a puzzle game that is rooted in simple mechanics but reveals a ton of depth and strategy once you dig into it, all gift-wrapped in charming, beautiful (but gross and goofy) art.

You play as Jorj - basically, a giant hulking barbarian-type – whose day job is clearing out lil' coloured monsters called Creeps from Grindstone mountain. The way you do this is by drawing a path through one colour of Creep and Jorj will slaughter his way through them and wind up somewhere else on the board. So, you're matching colours and trying to get the longest Creep-kill chain you can.

What good is a successful, well-received game if your team is ground into dust or no longer on speaking terms?

It goes from simple colour-matching into this kind of cat-and-mouse strategic combat with the enemies and your environment. And we don't kick you out of a level once you've satisfied its requirements: you can stick around for as long as you can survive. It has an amazing soundtrack by Sam Webster too.

Apple has been playing prototypes of Grindstone for a long time - way before there even was an Apple Arcade. It was always destined for the App Store and Apple was always a big fan.

On our side, we were really struggling with if we should tailor Grindstone to the realities of the market. Ultimately, we just couldn't get excited about designs or features that were about generating revenue outside of just making a good game, so we put off the question of how to monetise Grindstone.

Then luckily Apple approached us with the concept of Apple Arcade and we jumped at the opportunity, both because it sounded rad as hell and because it meant we didn't have to do any of the things that, frankly, we were not all that comfortable with doing in the first place.

The deal with Arcade became in our minds: we make the game we want to make and they bring an audience who is looking to try interesting things in a space that feels curated. And the fact that these players are subscribed to the service means the barrier to entry for any game is super low.

This meant that we could make Grindstone exactly the way we wanted to. So, instead of hoping people would find it in a sea of games, we felt that being part of a more focused group of cool games gave it a real shot at connecting with people.

We really want to grow out the Grindstone experience and keep supporting it with new levels and goodies to make it the kind of game you don’t have to stop playing just because you’ve completed all the levels.

I would say focus not just on what game you're making but how you're making it, as well as working out whether it's sustainable and healthy for the team as a whole. What good is a successful, well-received game if your team is ground into dust or no longer on speaking terms?

Making games is ridiculously hard. I cannot stress that enough. So, try to eliminate any outside forces that are making it more difficult than it needs to be.