Denali Publishing's Sabaa Rehmani on making Spies in Disguise: Agents on the Run 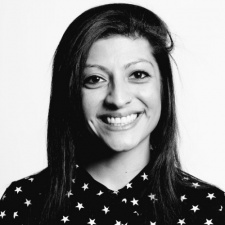 The value of external IP has long been understood in the games industry.

Now the explosion of media production (and gaming) means even relatively small developers can gain access to high profile content.

That was certainly the case for Denali Publishing, which worked with Blue Sky Studios and Fox Animation to release its mobile game Spies in Disguise: Agents on the Run.

We spoke to Denali Publishing president Sabaa Rehmani to find out more.

PocketGamer.biz: Can you give us a quick overview of what Denali does?

The publishing team is made up of mobile game industry veterans based out of San Francisco. They focus on core publisher responsibilities such as marketing, user acquisition, business intelligence, and monetization, in addition to the management of our live services (QA, CS, etc.).

The game team is in Debrecen, Hungary. They are responsible for all product development and live operations, including art, animation, engineering, game design, economy balance, audio, VFX, and internal QA. Together, we work to bring blockbuster experiences to the small screen by smartly leveraging gameplay and IP matches that resonate with global audiences.

Your previous games have been original IP so why did you decide to move into licensed IP and why Spies in Disguise?

We are interested in working with IPs and partners that are either already established with our market, or that have the potential of driving organic growth for a game genre or product type.

For Spies in Disguise: Agents on the Run, we were particularly interested in the IP due to its overlap with our target demographic, as well as the natural ways in which the IP would lend itself to the more creative aspects of gameplay (gadget usage, agent skill enhancements, etc.).

The Spies in Disguise fiction is an ideal vehicle for us to craft an experience we believe goes beyond what other runners on the market currently offer, and allows us to really play up elements of the fiction that fans of the IP and players of the game have consistently told us they love.

Working with an established IP holder for a title like this is ideal because you can mitigate risk pertaining to the development unknowns. By focusing on the guidelines inherent in the story, the film's art direction, and our knowledge of the script, we were able to quickly jumpstart a world narrative for the gameplay that fit within the fiction of the Spies in Disguise world, but also had its own legs outside of it.

We were particularly interested in the IP due to its overlap with our target demographic.

By doing so early and quickly, we could concentrate on the parts of the gameplay that were unique and fun, and ultimately separate the game from the rest of the products on the market. This is probably clearest in our development of the vehicle mode, which gave us a chance to really feature the Audi e-Tron vehicle we custom-made for the game in partnership with Audi.

Their support, along with the teams at Disney (formerly FoxNext), Fox Animation, and Blue Sky Studios, was really crucial in helping us bring some of these custom elements to market.

What's the reaction been to the game so far and how do you hope to continue to support the game in future?

We just launched along with the film at Christmas, and have been seeing both incredible player reviews and tremendous user engagement.

We are getting ready for our first big game update that’s going to include new features, characters, and environments, and are excited to continue to grow out the available base of content along with the upcoming home and DVD releases for the film.

You can expect a major update each month, as well as a robust live ops calendar of leaderboard-based competitive running events.

Finally can you say anything about what we should expect next?

In the past two and a half years, we’ve grown from a team of 5 to 30 developers and currently sit at around 45 heads.

We have some new products in our pipeline for release later this year, and remain committed to our mission of partnering with established brands and IPs to bring content to market for engaged audiences.

Our focus will remain on mobile, but you can expect more variety to our list of titles as we scale our portfolio to be more inclusive to worldwide gamer interests.

You can find out more via Denali's website or LinkedIn.