"With hypercasual it's raw, you can’t hide behind amazing graphics or big names" 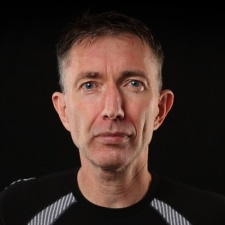 This week we spoke with Kwalee head of publishing Simon Prytherch.

Simon Prytherch: In short, mine and the Kwalee publishing department team's job is to get as many developers as possible to submit their games for us to evaluate. However, there is actually a lot that falls within that, including building and nurturing relationships with developers at various stages of their game creation.

The role has many sides to it, but they all come down to working with developers from across the world to achieve the downloads and top-charting positions that they should be getting.

While I've now worked in the games industry for over 30 years, I didn't go through the normal educational route. I left school at the age of 16 before joining a telecommunications company as a technician apprentice. The company saw potential and invested a lot of money in my training, culminating in an Electrical and Electronics Engineering university course.

This is what led me to my start in games. As after building up this skillset, I saw that a games studio in Coventry was hiring programmers. I got the job and my first ever game was a fantasy, realtime war-gaming title called Battle Master, playable on the Atari ST and the Amiga.

I soon moved on to various game tech projects such as working for Commodore in the US, then cricket titles like Brain Lara Cricket. This brought me to Codemasters, where I switched to football games where for the first time, I worked with David Darling.

In-between Codemasters, I went on to lead my own studios and also spend three years out of the industry at Amazon, so it's been a long and varied road towards Kwalee!

Definitely. This role comes very naturally to me and is one I feel I've been in training for my whole life. At Empire Interactive I led their development department, releasing 30-plus multi-million selling hits that ranged from Flatout: Ultimate Carnage to Taito Legends.

Alongside this, I've run my own development studios - Lightning Fish and Fluid Games - which launched the likes of Fluid Football on mobile. So, in short, I definitely imagined myself doing this.

For aspiring coders today, I would say computer science is the most appropriate. However, any science, physics or maths-based subject is really helpful for getting into the industry.

What was it about Kwalee specifically, that made you join the firm?

The huge amount of potential here was a big part of what made me join. For some people, having already had hundreds of millions of downloads and doubled in size over the past year would be classed as fulfilling potential, yet here, it's different.

It’s about honing a core gameplay mechanic so that it’s extremely satisfying to play, and makes you want to keep doing so.

You can tell that Kwalee has the capability to become even more successful in the mobile games industry and the publishing department is key to that. Personally, I like building things from scratch and being given the opportunity to build this department was a big pull for me. Even after a long career, I'm still very driven.

Witnessing a game from a developer that we've taken on to publish that hits the top of the charts. Alongside that, the actual process of building this department is massively fulfilling for me - both in terms of building the team and bringing in new faces to the Kwalee family. The same goes for cultivating relationships with developers.

A lot of people think hypercasual is all about maximising ad revenue and filling your game with ads, but you can only do this if you have a really great game to begin with. I've been lucky enough to have worked in all areas of game development and publishing, across all genres and every platform - and I genuinely believe that this is the creative sharp-end of the industry.

Why? Because you need to have a game so good that people will want to play even after waiting around for another 15-second ad. It's about honing a core gameplay mechanic so that it's extremely satisfying to play, and makes you want to keep doing so. With hypercasual it's raw, you can’t hide behind amazing graphics or big names. There's nowhere to hide, and it's all about that one gameplay mechanic.

In terms of the role itself, I wish I would have been prepared for the number of desk moves we all need to do due to the huge amount of growth Kwalee is seeing.

In terms of the industry, I wish I would have known that there is always money available for a creative idea with commercial potential. Back in my twenties, I didn't realise this and tried to do things all by myself. You don't need to do it and fund it all by yourself.

What do you think has changed most since you began in the games industry going through to today?

The internet has created the biggest change in games from when I started working in the industry until now. There’s no doubt that this has influenced everything from how we play games to when we consume them.

After the internet, smartphones would follow in second. If you look at the numbers alongside population growth, traditional consoles have stayed as a niche with little growth, whereas mobile games have grown to truly be the mass market console.

You need to really know your subject and become an expert in that field. For all disciplines, it's worth learning Unity, as this is a great tool for games and used to create most of the hypercasual games.

If you're a programmer/coder then also learn a language like C# or C++ inside out. If you're a games artist, aim to become the best in your field by specialising in environments, characters, objects or user interfaces and practice 3D and 2D techniques.

This goes for every type of role in the industry, but is especially important for game designers and producers - make sure you play lots of games! You need to know what works in certain games and want doesn't and to learn to see things from the point of view of the target audience. It's not about what you like but what the player wants. Leave your own likes and dislikes at the door.

Simon Prytherch recently spoke as part of Pocket Gamer Connects London 2020, where he shared details on what exactly makes a hypercasual game.