Developing an AR game after the success of Pokémon GO: The making of Bird BnB

"The core gameplay is rooted in strong appointment and collection mechanics" 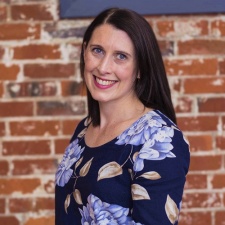 This week we spoke with Runaway CEO and managing director Zoe Hobson about the development process behind AR mobile title Bird BnB.

PocketGamer.biz: Can you start off by telling us about Bird BnB?

Zoe Hobson: Bird BnB is a casual free-to-play game where you design a bird bed and breakfast to attract and care for cute and quirky bird guests. Players enter a beautiful, natural environment where they design their own BnB tree, meet and nurture quirky bird guests while trying to achieve an elusive five-star rating.

The core gameplay is rooted in strong appointment and collection mechanics, based on Runaway Play's experience developing iconic games like Flutter: Butterfly Sanctuary and Furistas Cat Cafe. The addition of augmented reality provides a unique opportunity to interact with the birds in the player's real environment.

This introduces magical moments and a feeling of 'connection' with birds, resulting in emotional reactions for players.

We built the original version of the game with three people working part-time over about 8 months.

We were inspired to make a game that included AR after making our first virtual reality game, Flutter VR, which we released in 2017. During 2018 we started exploring with AR, and it all grew from there.

The theme of the game was driven by our fans. Our players have been asking for us to make a bird-themed game for years. We try to have a lot of interaction with our fans and take their suggestions on board, so when we started talking about a theme for the AR game we were exploring, birds was quickly nominated.

This game has had a bumpy road throughout development. When we first started production, we only had three people playing with the idea of an AR game themed with birds. It was initially more of a tech-demo and an exploration of how to work with AR than anything else. We built the original version of the game with three people working part-time over about 8 months.

We put another couple of people on the project, so we could turn out two to three alternative prototypes, and then chose the direction we wanted to take the game from there. At that point, we put a full-time team on the game – one product owner, two programmers and two artists. They've been working together for a year.

I'd say we've had two big challenges. The first was finding a core loop that was as fun in AR as it was out. We had to focus on making an AR experience that wasn't purely a novelty.

The second has been getting an ARCore and ARKit working together, which has become easier over time. But this was really challenging early on in development as technology on both platforms was changing so rapidly.

How important is AR to the experience? How was developing with this technology?

Bird BnB can be played entirely in AR, or can be played completely without AR. AR is still relatively new for a casual game's audience, so we wanted to create a space where players could test out AR without forcing players to use AR to experience the game. We designed the game so that AR can be used to access magical moments that add value to the core gameplay.

The AR gameplay has also been designed for accessibility - the tree can be placed on any surface, then scaled from large to small with the tap of a finger. The tree can then be rotated, so players can access all AR gameplay regardless of physical ability or limitations.

When we first saw the tree with birds in it working with AR we felt that the game had something magical. Seeing little birds looking at you in your own environment was the spark that made us move the game to full production.

We designed the game so that AR can be used to access magical moments that add value to the core gameplay.

We did a lot of iterations on the core loop during production, and once we got all the current mechanics (decorating your space, unlocking birds, sending birds to different stations) working together, we felt really happy with it. From there we've concentrated on polishing and messaging adjustments to bring the game to where it is now.

Was the game soft launched? If so, what did you learn from the soft launch period, and what were the biggest changes you enacted as a result?

Yes - we have been in open beta on Google and soft launched in limited territories on the App Store for a few months. Our main focuses have been on creating a clear tutorial funnel (with acceptable drop off percentages) and then improving player retention statistics.

Both of these focuses have involved a lot of adjustments to messaging and gameplay progression. The biggest change we have made was changing how new bird species are unlocked and making this more linear so that you have to complete a certain number of visits with one bird before the next bird is accessible.

To be confirmed! At the time of writing, we've rolled the game out globally but haven't yet started our marketing campaigns. We usually put our games live very quietly a few days early to make sure everything is running smoothly before the promotion begins, and then we tell our VIPs (fans who have signed up to our newsletter) before we tell the rest of the world.

We have been running live ops on our games for about seven years, so we've taken a lot of learnings from that into this game. One big learning we've had over time is that we need to build our games with a constant stream of new content, while simultaneously avoiding content that is too time-intensive for us to produce.

Bird BnB will have event content (limited content over a limited time period) on a consistent cycle every few weeks, plus we have plans for a few big updates with features that we ran out of time for!

After Bird BnB, our next game release will be Old Friends Dog Sanctuary, a game about friendship for people who love dogs. The game is based on 'Old Friends Senior Dog Sanctuary' - a real retirement home for senior dogs in Tennessee. The real sanctuary has a large social media following and the dogs are like celebrities on social media. All the dogs in the game will be based on these real-life, wonderful residents.

In Old Friends, you create your own dog sanctuary, rescue and rehabilitate old dogs and spend your days caring for and loving them. Decorate your indoor and outdoor space with furniture and toys that your dogs will love. Discover the wonderful personalities of each dog and see their trust in you grow every day as you unlock stories and narrative-driven gameplay.