"Analysis means providing insight and recommendations - not just a chart" 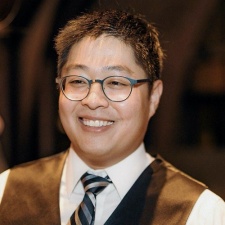 This week we spoke with Kolibri Games head of game data Chris Ling.

Chris Ling: My current role at Kolibri Games is head of game data. I work in cooperation with the chief technical officer to drive the direction and strategy behind data architecture and data usage in the company with a small and agile team.

For my part: I’m primarily responsible for the ‘usage’ part of the equation. I provide data analyses directly or train stakeholders to do their own analyses using tools we provide - in both cases, I also help provide context, action points and recommendations identified by the opportunities or risks we see when we look at the numbers.

Simply put: data plus games was a win-win scenario and so I started applying for jobs.

Back at university, I studied statistics for my bachelor's degree. I had chosen it primarily because I wasn't sure what I wanted to do, but most folks universally agreed it was a very useful skill. Around the same time, statistics and data science was becoming part of the zeitgeist of video games - you would see the topic showing up at GDC, then on sites such as PocketGamer.biz and Gamasutra.

As a lifelong fan of games, it seemed like an excellent opportunity to apply what I had learned in school to something I was already passionate about. Simply put: data plus games was a win-win scenario, and so I started applying for jobs. This led to my first job working at a free-to-play PC games developer.

In the beginning, certainly not! The games I played and the stuff that was grabbing headlines was mostly triple-A i.e. Call of Duty or Final Fantasy. It wasn't really until the concept of games-as-a-service started to pop up and companies began competing at that level that it really occurred to me that combining games and data as a career was a possibility.

I studied statistics but the world of game data combines a lot of knowledge and a lot of specialists. You can study a lot of things to get your foot in the door, such as economics, statistics, mathematics, business - even one of the best analysts I know has a physics degree.

The most important thing in data is context. The integrity of an analyst and the basis of their skill is not the ability to build a model or send a report but rather their accomplishment in presenting that data in an easy, defensible, and actionable way.

So, identify and play games that use data, understand what they analyse, why they analyse, and most importantly: what they changed when they finished analysing it. It doesn't hurt to have a few Python or SQL classes under your belt too.

Analysis means providing insight and recommendations - not just a chart.

Players often think data is only used to generate revenue and squeeze every dollar. Some companies only want data analysts to shovel data to stakeholders and provide reports, and even some data professionals see the job as only building churn prediction models, doing some academic research on mental health with regards to games, or just making LTV models.

I have to say is this: you can't make money if you have no customers. Analysis means providing insight and recommendations - not just a chart. Research and advanced models are super interesting but are even more powerful if you actually change something about the game when you finish.

The games industry moves really fast. It's so competitive in every aspect, that I wish I had started networking with more of my colleagues sooner, shared my knowledge with them as well as nagging them so I could learn more. Don't box yourself in, and remember, you aren't alone.

The more you play different genres, the more you'll understand how they work and what kind of things players are likely to experience. This will help to use data more efficiently by providing the insight not just as a number but to help you construct a story in the language that your stakeholders are likely to understand.

Also, know your metrics! And I mean really know them. It's one thing to know the definition of the average revenue per daily active user (ARPDAU), it's another to know why and how it is used. Finally, remember that you are a game developer too. Just like anyone else working in games, your goal should always be to see your product succeed.

Ubisoft recently took another step into the world of mobile games with the acquisition of 75 per cent of Kolibri Games.

Remote Working: How Kolibri Games' Sebastian Reuther is dealing with QA from home

Why Kolibri Games' Daniel Stammler believes Call of Duty: Mobile's continued success is one of the big winners in 2020