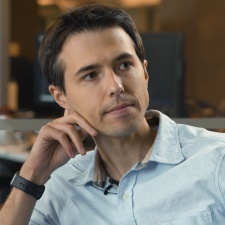 This week, we spoke to Klei Entertainment project lead Mark Laprairie about the development of Apple Arcade title Hot Lava and why the subscription service was the best place for it.

PocketGamer.biz: How did you get started as an indie game developer?

Mark Laprairie: Previously, I had worked both in traditional software and triple-A games development before coming to Klei Entertainment. I was attracted to the studio because of how productive and agile it was.
It brought me closer to the kind of development I always wanted to do. It's less about mastering your chosen discipline and more about focusing on creating amazing experiences for your players.

It's less about mastering your chosen discipline and more about focusing on creating amazing experiences for your players.

There is no such thing as a typical day. One day you are programming movement, the next you are casting voice talent, the next writing shaders, the next designing levels, and so on. Every day comes with new challenges.

Working in small teams means greater creative freedom, but also increased personal responsibility. Everyone on the team is extremely talented at their craft and many roles that would traditionally be entire departments are filled by a single, albeit highly skilled, individual. Everyone also needs to be ready to step out of their comfort zone and work on problems in entirely different disciplines.

Defining success is a tricky thing, as it can mean many different things. If a project is profitable it surely was successful, right? I would like to think it's a bit more than that. Growing up on the snow-swept Canadian prairies, video games had a huge impact on me during my formative years. They let me explore distant places and imagine different lives. I even learned to read playing old Nintendo games!

Those experiences were so rich and important to me that I take them everywhere I go. I'm working in this industry to be able to share those experiences with the next generation, and being able to do that is my personal metric for success.

Mobile gaming is a very competitive space. It takes incredible effort (and probably some luck) to stand out. I think people are hungry for authentic content, but the business side of games can get in the way. Indies are in a special place where they can take the risks necessary to create something really special and Apple Arcade can be a great way to reach players.

Could you tell us about Hot Lava?

Apple Arcade's requirement of premium experiences with no in-app purchases let us focus on delivering the game we had envisioned.

Hot Lava is what happens when you grow up playing the childhood game of "the floor is lava" and try to recreate it from memory. It's a celebration of childhood imagination, projected onto beautifully detailed 3D worlds including living rooms, playgrounds and grocery stores. All filled with molten hot lava, of course. It's a first-person parkour game that will have you learning how to move your virtual body as if you were a kid again.

Klei has had past success bringing its titles like Don't Starve and Invisible, Inc. to the App Store. When we started discussing Apple Arcade it became clear it was a perfect fit for the kind of games we make.

Hot Lava was originally designed to be sold as a standalone purchase, but Apple Arcade was such a great fit that we decided to bring it to the service. Apple Arcade's requirement of premium experiences with no in-app purchases let us focus on delivering the game we had envisioned, while modern mobile hardware has become so powerful that we didn't have to make any sacrifices to bring it to the platform.

You can even play Hot Lava on the big screen using the latest tvOS hardware and the gyroscope in the Siri remote or with the recently added Xbox and PS4 controller support. Apple has really embraced games in a new way.

We often update our games after release, so in the immediate future, we are working on some exciting updates. After Hot Lava, I hope to explore what other compelling experiences we could bring to Apple Arcade.

Designing a game within a budget is certainly a constraint all developers face, but it's rarely the only consideration. Apple Arcade has turned the business of making mobile games on its head. It's allowing developers to concentrate on creating meaningful experiences, instead of optimising their games to generate a return on investment.

This whole experience with Apple Arcade meant we were able to spend our time trying to make the experience as 'fun' as possible. That was really rewarding, and while I don't have a specific game in mind at the moment, that would be an important aspect of a dream project.

Being an indie is all about standing out and taking risks that other developers won't take. Don't be afraid to go against the grain, you might discover a whole new path to success.