"Always remember that while individual passion drives excellence, it took massive coordination and patience to build the pyramids." 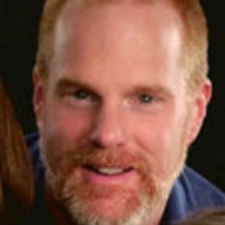 John Eberhardt came to the games industry from USC film school, having been in senior management at the likes of Microsoft, EA, SSI, and multiple independent development studios. He has made over 200 games for PC, Mac, console (multiple generations), and mobile platforms.

He is currently Lead Producer on Magic: The Gathering Arena at Wizards of the Coast, responsible for all internal development as well as the conversion of the hit CCG to mobile.

We caught up with John to discuss the growth of subscription-based games and not worrying too much about delays.

PocketGamer.biz: Tell us a bit about Wizards of the Coast.

John Eberhardt: Wizards of the Coast is a subsidiary of Hasbro, Inc., and the world's largest publisher of adventure games, including Magic: The Gathering® Trading Card Game and Dungeons & Dragons® Roleplaying Games.

Wizards' Digital Game Studios team members have created, developed, and contributed to some of the most impactful and innovative game franchises over the last 20 years, including Asheron's Call, Lord of the Rings Online, Crackdown – and of course, Magic: The Gathering.

Managing the Arena team and deliverables, coordinating Arena consumption of paper output from MTG team internal to Wizards. Owning and executing the conversion(s) of Arena to multiple additional platform formats.

Upon leaving film school, it was clear that the games industry was the new Wild West - ripe for experimentation, and the site of the future for entertainment.

Make the games that you, yourself, would want to play. Always remember that while individual passion drives excellence, it took massive coordination and patience to build the pyramids.

Most gamers won't remember delays if it's the result a great game - but most game delays are caused by not following a basic discipline plan in the early stages of development.

More and more games will be subscription-based, with the heavy lifting hosted server side with client footprints being lighter and lighter.

"One person in their garage" development for hobbyists was a long time ago...!

Meeting and guiding other developers!

At Pocket Gamer Connects Digital #1, John Eberhardt will be having a fireside chat about licensing IPs. For more information, and to get your tickets, check out the PG Connects Digital website.