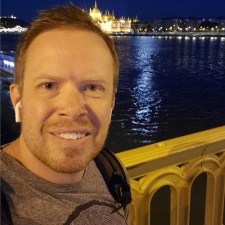 This week, we spoke to Zen Studios COO Mel Kirk about how the firm has survived since 2003, pitching and selling their first game to Microsoft, all the way to the studio's newest release on Apple Arcade.

Mel Kirk: I consider Zen studios to be one of the 'original indies' having been at forefront of hybrid developer/publishers that emerged with the advent of digital game distribution.The studio started in 2003 offering work-for-hire tech solutions. Around this time, we saw digital distribution on the horizon, with services like Xbox Live Arcade and PlayStation Network being developed, and we jumped at the opportunity to take control of our own destiny.

Our first internal developed title Pinball FX grabbed the attention of Microsoft because it was using the Xbox Live Vision camera. We made a funny video using the camera which included the use of Hulk gloves to activate the flippers and hit the ball around. Microsoft loved it and ended up signing the game as a first-party title.

We made a funny video using the camera which included the use of Hulk gloves to activate the flippers and hit the ball around.

I could write a really long answer here because no day is ever the same, at least in my role. There are always emails, phone calls and meetings but that’s about as typical as my day will be. You just never know what is going to pop into your inbox. There is rarely a quiet day. For some, this might seem terrible, but I’ve gotten used to it, and I find it more exciting than anything.

Navigating the video games industry is a never-ending challenge. Game development is always a challenge, and there are so many ways to mess it up even when you are a seasoned studio with a lot of experience. We are so lucky to have some incredible team leads who do a great job of keeping focused and energised, while also delivering a product on time and (mostly) to budget.

There are challenges with everchanging business models and technology. Our industry reinvents itself every few years, so you have to plan projects accordingly. Timing and platform choice are as important as the game itself, so you need to make sure all of these are lining up in order to reduce risk. This is a lot more difficult than it sounds!

Game discovery is a challenge for everyone too. There are so many more games today than just a few years ago, and we're all competing for the same time and money from players. I do think it's cool that the indie development community often comes together to share games from fellow studios. When we work together it definitely helps everyone achieve greater success.

We need to achieve a certain amount of sales to be successful on a project basis. I cannot tell you what our exact definition is for sales, but these are goals we hope to hit internally so that we know the bills are paid and people are taken care of. So, we need cash flow success.

We think it is important to know where we stack up in terms of quality, so a Metacritic score is looked at in terms of: "do the critics think we hit the quality bar we were aiming for?". Our teams pride themselves on quality, so we are aware of what our scores are.

It's also nice to hear positive feedback from press and influencers, but most importantly from the players. Of course, this is reflected in user reviews and scores, which we do read and discuss. If we make players happy, we are successful.

If you know how to do marketing on mobile, you can have a hit without being a good game.

I'm not sure there is an indie game market on mobile! The major players are now massive companies, many with huge investments from publicly traded companies, and there are fewer indie breakout hits. If you know how to do marketing on mobile, you can have a hit without being a good game.

Services like Apple Arcade have given new life to the mobile games market, and this provides a new opportunity for indies to create something new and exciting without having to worry about loot boxes or gatcha systems. I look at many of the games on Apple Arcade and I see console-level quality, which is quite refreshing for players and studios alike.

Could you tell us about Dread Nautical?

If you went on vacation aboard a cruise ship and everything went really wrong, you would have the basic premise for Dread Nautical.

The game is a tactical turn-based RPG with roguelike elements and cartoon-like art style all wrapped up in a Lovecraftian-ish story. Supernatural forces have overwhelmed a cruise liner known as the Hope with mysterious malevolent monstrosities who are out to get you.

Everyone at the studio loves pinball, so we will definitely continue producing new tables, evolving our pinball universe and hopefully introducing some unexpected surprises – such as the new pinball machine project with Arcade 1UP, which will release later this year.

There are three other teams working on their own games like Operencia: The Stolen Sun, which will be out on Nintendo Switch, PlayStation 4, Steam and GOG on March 31st (currently available on the Epic Game Store and Xbox One), and CastleStorm II which we announced last year at E3.

Most of the Dread Nautical team is working on their next project, but we're super excited about the Nintendo Switch, PlayStation Store, Xbox One and Epic Game Store launch on April 29th. We have huge plans and could not be more excited to continue with bigger and bigger projects in the future.

I'd personally love to do an epic, story-driven fantasy or sci-fi RPG in the universe of some of my favourite authors. I think we are capable of creating large-scale story-driven games featuring amazing playgrounds to explore.

Here are a few bits of advice which I recently gave in a talk to the Colombian indie dev community at Colombia 4.0 which received great feedback:

Since launching in September, Apple Arcade now has over 100 games on its service - including Dread Nautical. We collated every title available in one place.