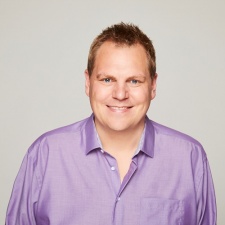 Berlin-based story-driven games studio Wooga is no stranger to change. In late 2018, the company was acquired by Israeli developer Playtika, a move that cemented Wooga’s return to form after a number of years of uncertainty.

CEO Jens Begemann has now announced his exit from the company, at a time where he feels the firm is riding high. Begemann, with Philipp Moeser and Patrick Paulisch, founded the June's Journey developer 11 years prior and have endured some turbulent times.

"We thought everything we touched would turn to gold," Begemann recounts, following the successes of games like Diamond Dash and Jelly Splash.

It was around this time that Wooga decided to experiment with different genres and different strategies. It was also when Begemann experienced the most stressful months of his career, while questioning if the developer actually still had a future.

"That was quite a severe moment. This symbolised the problems we were having. I lost my appetite and that was the first time it happened in over 40 years."

That financial year ended in revenue losses and layoffs for Wooga. Today, however, the story is very different, with Begemann helping to turn around the narrative and bring the company back to sustained profitability and doubling its revenue since the Playtika purchase - something he says is his proudest achievement.

I usually handle stress quite well, but there was a time in 2017 where I lost 12 kilos in 12 weeks

"We are now 100 per cent focused on story-driven games," says Begemann.

"We are very successful in terms of revenue growth, profitability and employability engagement, which we measure every month."

One of the biggest struggles for the CEO during this time (and throughout his tenure) was lamenting on the choices he made.

"It may take two years until you know that decision was right," he says.

"I'm used to it now but that was very difficult in the early days."

Former Google global head of games on growth consulting Nai Chang will take over the position from Begemann at the end of June, bringing experience from Zynga, Natural Motion and even the Playtika-owned studio Buffalo Studios. But why was Chang (an external candidate) selected among others?

"He brings a lot of broad experience from across the games industry," Begemann tell us.

"He has lead games that have over $100 million gross per year."

While Begemann "very much supports" Chang, with the forthcoming CEO already working with the management team since the middle of March, it's worth noting that the final decision was ultimately made by Playtika.

Begemann himself will now move onto new ventures and is ready to return to his roots as an entrepreneur and angel investor, after deciding to call it quits over the Christmas holidays last year.

"I thought about it for a really, really long time across Q4 last year," he tells us.

"I'm an entrepreneur at heart. Wooga is strategically set in the right direction and I miss the early days. I had that realisation. I wanted to be more involved with that. Secondly, I wanted to have more time for my family.

As a founder, I think it's best to leave when things are going better than ever

"As a founder, I think it's best to leave when things are going better than ever."

Already putting his skills to good use, Begemann originally dabbled in investing a decade ago, but quickly realised that he needed to put more time into the endeavour to succeed. Last September, he tried once more by investing in Climate Labs, a Berlin-based startup aimed at fighting climate change.

"It's a very important cause," states Begemann.

"I started working with entrepreneurs around the second half of last year and I really enjoyed my time. I want to do more.

"The biggest focus probably will be very early-stage, before they even get their first venture capital investment,” he adds.

"Where typically the total headcount is smaller than 10, potentially the founders and no one else."

In the short term though, Begemann is looking to reduce his workload and not go straight into a 50 to 60-hour workweek. Instead, he'll be focusing on his family for the foreseeable future.