"Football is a pillar of Nordeus" 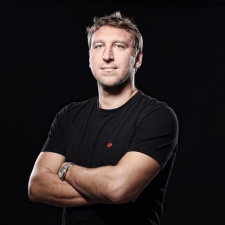 In this entry of our Live and Kicking series, we spoke to Nordeus CEO Branko Milutinović regarding the 10-year anniversary of football manager game Top Eleven as well as how the developer partnered with Premier League manager José Mourinho.

PocketGamer.biz: With Top Eleven now more than 10 years old, how do you reflect on its performance as a series - from launch to the mature title it is now?

Branko Milutinović: I feel incredibly proud of what the team has achieved over the last 10 years. When the three of us (myself, Ivan Stojisavljević and Milan Jovović) returned home to Belgrade to follow our dream of making games, we had big aspirations to not only make a successful game but also to give back to the community and show people what can be achieved in the digital world.

Serbia has a history of developing amazing engineers, from Nikola Tesla to one of the founding members of NASA, Mihajlo Pupin. So, we wanted to show people that during this fourth industrial revolution, that there is a huge opportunity to set up and develop amazing games here, with the ultimate goal of creating an ecosystem and putting Serbia on the global map of gaming.

We could not have embarked on that journey without the huge success of Top Eleven. The game's performance over the years surpassed our expectations as well as those in the industry, and we put that down to the people around us and local talent that has grown with us.

Top Eleven is still our flagship game, so the team running it is still one of the largest in the company. We have around 35 people on the development team keeping the game fresh and up-to-date, looking at new ways to engage with the players, coming up with events and tapping into real-world football… when it's actually being played once more.

Incredibly important. You cannot keep a game going for 10 years without strong player support and communities around you - they are the lifeblood of any long-standing game. When we started Top Eleven, we built the game on players' needs while ensuring that the realism of football management was baked into the core and mixing it with fun and engagement. We looked to ensure that we always asked, would I want to play this again and again. Top Eleven was built on user needs

Over the years, we have done a number of community-based updates, where we have tackled and introduced features based purely on feedback from our players. And with this 10-year birthday update, we have launched Friendly Championship.

The community has been asking this for a while, which will allow them to create their own leagues to create a far richer social experience within the game. More so, this makes it even more relevant in the current global environment where games companies across the world are encouraging people to play apart together.

What steps have you taken to ensure that Top Eleven maintains a sizeable and active player base all this time after its launch?

Ultimately, this comes down to what I mentioned above in terms of ensuring that you are listening to your players and creating a game and updates around their needs. Within the sports realm, then combine that with a real-world connection and hopefully watch the magic happen.

To what do you attribute Top Eleven consistently impressive grossing performance, and how do you sustain it?

We've spent time learning from others as well as ourselves via adapting and listening. As I mentioned, we built Top Eleven on user needs, and we still believe that is fundamental in any game development.

A great example of that is that we saw the benefit and feedback of other games when they introduced Battle Pass, so we analysed how they were working and recently introduced the Special Sponsor feature, our take with a football spin that has a connection to the core game. So more of the same in the future.

How do partnerships come along with Top Eleven, such as with Jose Mourinho?

Adding Mourinho to the game came about in 2013 when we looked across the app stores and noticed that all the football and football manager games looked the same. We wondered how exactly we were supposed to stand out. So, the idea to add a real-world manager to be the face of Top Eleven was born.

We had recently signed Real Madrid to be in Top Eleven, and Jose was the manager at the time. He was also the most recognisable and one of the most successful managers in the sport, so who better than to represent our managers from around the world? Now when we look at the App Store, it's the same - all the football and football manager games have either a player or a manager. So, I guess we did something right.

Then in 2017, we decided that we wanted to strengthen the connection with real-world football and to increase our brand awareness in one of our key markets. With that in mind, we looked into sponsorship deals once the Premier League started allowing clubs to use the shirt sleeves as an opportunity. We spoke to a few clubs at the time and we really connected with Stoke City. The club's family values and dedication to giving back to the community. These values are so close to our hearts and what we have built as our culture at Nordeus.

Any interesting stories you can share from these partnerships?

Oh, not ones I think I can share publicly! We've had a lot of fun with the partnerships over the years though, from pranking Football Daily and some of our community, to create a challenge for Potters fans to play on a cold wet night in Stoke. These pieces of content have been key for us to connect our players with real-world football but in a fun and engaging way.

Is there anyone you've tried to get that ultimately didn't come to fruition, or someone else in future you'd like to work with?

That's an interesting one. We have worked with others in the past, including World Cup winners Luiz Felipe Scolari and Vicente del Bosque during the 2018 World Cup. But football changes so quickly, and managers and players can fall out of favour with the public in a flash. What we have with Mourinho, is a manager that has been in the spotlight and one of the most successful managers worldwide for so long, that I can't really see past that.

We have worked with others in the past, including World Cup winners Luiz Felipe Scolari and Vicente del Bosque during the 2018 World Cup.

What would you consider Top Eleven's biggest achievement in its 10-year lifespan?

We launched at a time where the giants of football were also looking to take advantage of Facebook gaming. So, going up against EA Sports was always going to be our biggest challenge. They had the brand recognition, licensing, and weight of the console game behind them. But we still managed to come out on top, and in 2011 Top Eleven had become the most played sports game on Facebook.

Outside of that, we definitely see the longevity of the game as our main achievement. There are only a few companies and games out there that can say they have been successfully running a mobile game for a decade.

What lessons have you learned/are you still learning from Top Eleven? Is there anything about the game that, in hindsight, you'd now handle differently?

There are so many things that we can still do - new features, updates, core loops - it's about finding the balance and what is right for the players, but also the game and the team. We got to a point with Top Eleven where we were not showing it enough love as we were distracted by something shiny and new and forgetting the core essence and thing that Nordeus is built on.

So, in 2018, we spent a lot of time going back and looking at the fundamentals of the game, really digging into main issues and pain points that players were having but then also the technical reason to why these were happening to get to the root cause of the issues. This was a major undertaking as we're battling with a code base that has been built up over 10 years. But one of the reasons that we came home to Serbia and set up the business here, is that we have some of the best engineers in the world coming from our education system.

So, we know we're in a position where we can tackle this problem head-on by through pure talent and ingenuity. Now we have a more balanced perspective across the business and resources are distributed in a way that we can ensure Top Eleven can continue to thrive.

Finally, how has your experience with Top Eleven informed where you are/what you're working on now?

Football is a pillar of Nordeus. It's what we know and love. We currently have two football games with Top Eleven and Golden Boot. But it's not the extent of what we are looking at, and we launched our battle game Heroic - Magic Duel last year.

We continue to learn about what is really working in all our games and factor that into our product development for future ones. There is more to come, so watch this space.