Push into Asia/Pacific about to kick off 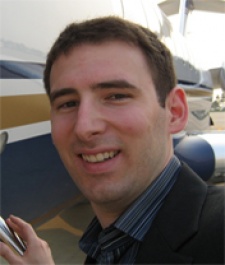 June 24th, 2008 - 02:00pm
By Stuart Dredge, Contributing Editor
PopCap Games is making a big push into the Asia/Pacific region, having opened a new office in Shanghai which includes a development studio. The company says it's the first western casual game developer to have a full presence in the region.

Mobile will also be playing an important role in the company's expansion, according to James Gwertzman, who until recently was PopCap's senior business development executive, but is now VP of Asia/Pacific.

"Mobile is actually the area where we have the best coverage in Asia/Pacific right now," he told PocketGamer.biz. "Over the last six months we've thrown together a mobile distribution network pretty much across Asia, including India, Japan, Singapore and Australia."

PopCap isn't striking direct deals with operators in the region, but is working with different partners in each country to get its games, starting with Chuzzle Mobile on carrier decks.

PopCap's approach to mobile and PC distribution in Asia/Pacific is different, however. "The mobile market is fairly mature, so the games we build do translate without much work," he says. "PC is a different area entirely. The markets are different and the cultures are different, so it's not enough to just take the games we already have."

So, when it comes to PC, PopCap will be developing new casual titles in its Shanghai studio and will be using different business models, relying on item sales and other smaller payments.

"Selling a game for 25 bucks in Thailand isn't going to work," he says. "We have to chop it up and get people to pay for it in microtransactions."

Getting back to mobile though, Gwertzman says PopCap is happy with the way the company's two self-published mobile games  Chuzzle Mobile and Bookworm  are performing globally. Most importantly, he says there's no sales cannibalization.

"The more platforms we're on, the better we do," he says. "When we put a game on mobile, the PC version sells more. So it's definitely important to be on all sorts of platforms. Mobile is a solid business for us, although being PopCap, we don't hang our entire cap on that one hook. It's an important complement to the other areas."

Gwertzman says PopCap will soon release its third mobile game, although the company isn't giving any details yet. However, he does reveal that the developer is excited about Apple's iPhone, with its iPhone App Store due to go live next month.

"We love the iPhone," he says. "I've seen some of the stuff we're working on in our lab, and it's a terrific gaming device. The screen is beautiful, it's powerful, and the interface is incredibly intuitive."

However, he doesn't think iPhone will be a hugely significant factor in PopCap's Asian expansion for a while yet. "It'll be a very long time until the average consumer in India has an iPhone."

Meanwhile, Gwertzman says PopCap will be making use of social networks in Asia to promote its PC casual games, capitalising on the millions of users on these websites. He's a bit more cautious about the idea of creating dedicated social games for sites like Facebook, though.

"I was at GDC this year, and every third sentence mentioned Facebook," he says. "It's the first time that dotcom fever has taken root in the game community. Suddenly all these game designers were seeing dollar signs, because the crazy economics of the internet were coming to the game industry."