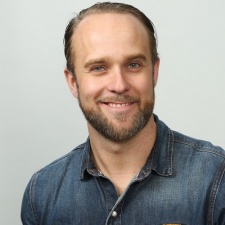 In this entry of our Live and Kicking series, we spoke to GSN Games senior vice president and general manager Wilhelm Taht ahead of the 10-year anniversary of Bingo Bash.

PocketGamer.biz: With Bingo Bash now reaching 10 years old, how do you reflect on its performance - from launch to the mature title it is now?

Wilhelm Taht: Bingo Bash has been live for 10 years, and for more than seven years it has continuously had a presence in the top 100 grossing mobile game charts in the US.

What started out as a (dare I say humble) Facebook game has, over time, turned into a runaway commercial success. The transition to mobile was a logical evolution, as social gaming evolved from happening predominantly on Facebook to app stores and smartphone devices.

There was definitely somewhat of a first-mover advantage for the game, which we have since turned into a clear operational focus on keeping the game vibrant and engaging for almost a decade.

From an engagement and monetisation point of view, we've had some of the very best months in the history of Bingo Bash at the beginning of 2020

From an engagement and monetisation point of view, we've had some of the very best months in the history of Bingo Bash at the beginning of 2020 and over the past few months. This success comes as the result of the fabulous teamwork from the high-powered Bingo studio at GSN Games.

Our Bingo team puts in their best effort each day to serve our players in the best possible way. Collectively, our players have now spent over 50,000 years in the game, daubing over 90 billion numbers and calling more than two billion bingos. As a team, we're naturally looking forward to the next 10 years and the inevitable 10th billion bingo.

Including the tech team, who have been working on a massive undertaking to bring Bingo Bash into its next decade (more on this soon), we have a 100-plus strong team. We're spread out over several locations: India, Israel, Ukraine, the US, and Finland.

Multicultural organisations are super fun to work in and provide a unique environment for learning. Our approach with multiple locations also provides great opportunities for recruitment and building out teams.

These are both absolutely critical. We have a very devoted player base in Bingo Bash, with a substantial number of players that have spent five-plus years with the game. Player support, VIP player support, and customer relationship management are all critical areas to focus on to keep these players engaged, as long as the product is pulling its weight.

Our update cadence has a very high frequency, with regular launches of new "Bingo Rooms" (roughly once a month) for players to engage with, and massive in-game events that accompany the rooms. On top of that, also we have regular updates focusing on more specific areas of feature improvement in the game.

All in all, if the goal for a game is to become an ongoing hobby for the player base, these are areas you have to focus on to stay competitive.

What steps have you taken to ensure that Bingo Bash maintains a sizable and active player base all this time after its launch?

I think the saying "operate today like there is no tomorrow" gives a good indication of how we approach each day of live operations. Our fans really appreciate the level of effort we put into every feature that goes into the game. As mentioned, many of our players have played the game for a long time, and are true hobbyists.

We have an arsenal of regular, yet surprising events and features that cater to these players. We naturally also put a lot of effort into UA and are thus actively pursuing growth through the combination of data-informed game design & development and data-driven performance marketing.

Lastly, since there is "a tomorrow", we are actively pushing the envelope with our future development roadmap (some surprises are in store, watch this space).

To what do you attribute Bingo Bash's consistently impressive grossing performance, and how do you sustain it?

I think we are able to maintain a healthy mix of creativity, innovation, business and data when it comes to our regular game updates and live operations. We naturally don't always get it right, but we definitely learn every day. We strive to keep a completely open and transparent culture and ask each other tough questions continuously.

There are only so many top-100 grossing mobile games that have seen a decade of success, and which manage to continually reinvent themselves time after time.

We always want to go one step deeper in understanding our players and why something works or doesn't work. It's honestly quite exhilarating to be able to learn so much in a game that definitely isn’t new. So, while the game is turning 10, in a way, it feels like we're only getting started. We know we have a massively exciting roadmap ahead of us.

Can you tell us how you have approached the game under the current pandemic? Any implementations you have put in place?

2020 has certainly proved to be an unusual year in almost all respects. I think the whole gaming industry has been able to provide entertainment to players during a very rough time globally. Personally, I feel we've been able to do some really good things as an industry.

In the case of Bingo Bash, there's naturally a heap of things we have put in place throughout the springtime. The main theme has been to "engage", which has naturally taken shape in a variety of forms.

The combination of engagement activities has led us to even topping the average, historical daily engagement levels of Netflix viewers during some days in the spring - for an apples to oranges comparison.

What would you consider Bingo Bash's biggest achievement in its 10-year lifespan?

Considering the mobile games industry climate, with so many games launching each day, the fact that Bingo Bash is turning 10 is our biggest achievement in itself.

There are only so many top-100 grossing mobile games that have seen a decade of success, and which manage to continually reinvent themselves time after time.

Absolutely! But only after signing a non-disclosure agreement. In short; the downloads and DAU are high. Retention is at a good level, and also one of the areas we are working on to improve over time.

What lessons have you learned/are you still learning from Bingo Bash? Is there anything about the game that, in hindsight, you'd now handle differently?

On a personal level, this is my sixteenth year in mobile gaming. I'm fortunate to have worked on many top grossing, even number one titles. But all of them have had a very different audience to Bingo Bash - in terms of their play patterns and psychographic traits, but also in terms of simple demographics (Bingo Bash players are predominantly females 55-plus). In my time leading Bingo Bash, I have taken so many learnings from the game so far.

On a team-wide level, we learn continuously. We took the time during the beginning of the year to really dive deep into player motivations and understanding the "why?" With this knowledge (and a few clearly defined user groups) as the backdrop, we now have a much clearer understanding of which direction to take the game's feature set moving forward.

I believe that every time you really pause in order to take a good look at the big picture, using data and insights as inputs and have a fruitful group discussion, you can learn a tremendous amount. And no matter how old or young the game, that will apply. Always be learning.

As for doing things differently/hindsight being 20/20; sure - in the 10-year history of any game, there will naturally be some places where we wish we'd zigged when we should have zagged. But they all represent learnings which have since been embedded into the swarm intelligence.

Finally, how has your experience with Bingo Bash informed where you are/what you're working on now?

There are some really interesting features and collaborations coming up in Bingo Bash over the second half of 2020.