"We need to inspire and facilitate growth in diverse creators" 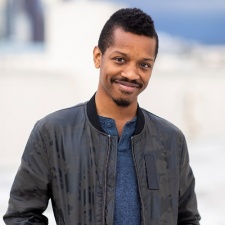 Cedric Adams is the lead animator at The Game Band

Starting off the series, we spoke with The Game Band lead animator Cedric Adams about his experience in mobile games, including his time on Where Cards Fall.

PocketGamer.biz: Why did you want to work in the mobile games industry?

Grab a notebook and write down the aspects of the game that pique your interest and then look up any resource you can on those aspects.

Cedric Adams: The reason "why" I chose to work in games isn't all that elaborate. I started my animation career doing commercial work and then worked as a contract animator for a couple of years, animating anything I could get my hands on. Playing games has always been a big hobby for me but the game industry eluded me for some time.

I had worked on a few indie game projects but nothing substantial on their own and I kind of neglected those experiences. I didn't specifically target the mobile game industry, rather I was pulled into it and found a scenario I could excel in.

To get into games, I recommend making and playing games as much as you can. It sounds like an understatement but there is a great deal of experience that can come from building your own ideas and concepts. Spend all of your time practising the disciplines you desire and play games often.

Have a library of games you love and reference them when problem solving for your own creations. Be tenacious and willing to solve any problems you are bound to encounter and learn from that.

For tools, a computer is all you really need to get started these days. You can get pretty far with online tutorials and developer diaries with internet access.

It may sound silly but I study the games I play. I think aspiring professionals should always start by studying the games they love or have loved.

Grab a notebook and write down the aspects of the game that pique your interest and then look up any resource you can on those aspects. I recommend being as granular as you can manage here.

I have a growing interest in video game cinematography and action-oriented choreography so I like to study in-game cinematics and combat scenarios frequently.

Really focus on what inspires you. I've recently been inspired by Final Fantasy 7 Remake so I will pull up a save file from time to time to study their cutscenes, combat, body mechanics, character development and all things related to game animation.

It goes a long way to study what inspires you. Be aware of the game engine used for the game too. Unreal and Unity are two really powerful engines worth practising in.

When I look around in the game and computer graphics industry, I don't see very many CEOs, creative directors, or studio presidents that are black or minorities in their region.

I've always had the ambition to be a leader but I know there are a plethora of diverse creators that are not given many tools to succeed. We need to inspire and facilitate growth in diverse creators.

My biggest challenge has been being devalued. I have never felt valued relative to the amount of work and responsibility I've had for about eighty per cent of the projects I've worked on.

Despite having conversations with employers, I've made little headway there. Animation pipelines have a big problem with pay value in general but it's been a doubly intimidating battle for me.

I believe more cool and diverse main characters, less stereotypical minority characters, and more people of colour in leadership roles would be immensely encouraging for those watching the game industry.

I've always had the ambition to be a leader but I know there is a plethora of diverse creators that are not given many tools to succeed.

Since the recent surge in the #BlackLivesMatter campaign, what changes (if any) have you seen from across the industry to address the issue?

Since the recent surge in the #BlackLivesMatter campaign, I've seen more awareness from the world on the invisible barriers and fears facing people of colour. I've seen a lot of developers reaching out to give tutelage and guidance to people of colour.

I've seen an increase in developers trying to extend their reach to people of colour and minorities in general. I've seen game companies match donations. There's a lot of momentum right now but I would say those are positive responses to the campaign.

The immediate depiction of support can be tricky with social media though so I don't tend to focus on that when I measure changes. There isn't a big spin just yet in the game industry. The demographic of employed game developers can't pivot so quickly, neither can the representation of people of colour in game media currently moving along in their production.

The changes I'd like to see are ones that take time, dedication, and commitment to adhere to. In summary, I've seen a lot of positive responses to the #BlackLivesMatter in the game industry, and I'm really glad to see that. There is still a lot of work for us, as an industry, to truly embrace and bring about change. I'm excited to be a part of it all.

I don't think I'm great at giving advice. If I had to think of something uniquely personal to say, I'd say be polite but extremely competitive and value yourself highly. Be absolutely tenacious and love yourself. Your goals are important so write them down and push yourself to hit them no matter what anyone tells you.

Make your own games, release them, and then share your work with the world. Review yourself and never become complacent in your work. Keep improving and thinking critically. Find inspiration and challenge your inspiration with your own ideas. Never settle for less.

If you are interested in participating in our 'POC in Mobile' series, please feel free to reach out via matthew.forde@steelmedianetwork.com.

"It’s important to create a culture where it is okay to be different," says SciPlay QA Manager Ronny Yoon