Indie Spotlight: Flightless' John O'Reilly and Greg Harding on building Doomsday Vault from the "ground up" for Apple Arcade 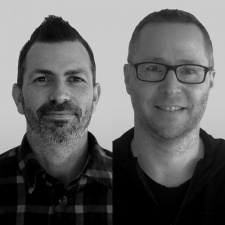 This week, we spoke with indie developer Flightless owner and creative director John O'Reilly alongside technical director Greg Harding regarding the forming of the New Zealand-based studio and how Doomsday Vault for Apple Arcade came about.

John O'Reilly: Flightless started back in 2005 as a design studio. Prior to that, Greg Harding and I worked together in various design and post-production companies, and we'd always pushed towards making interactive projects which had gaming aspects to them.

In 2006, we started doing larger museum-based installation work, which got us looking at game engines for delivery of highly interactive experiences. Outside of our regular design-based client work, we initiated several in-house game and app projects and dipped our toes in releasing them on the App Store: Top Dog, Animal Blocks and What Cocktail?

In 2010 we decided that we wanted to solely make games and made a decision to cease a lot of the client work we had been doing. We relocated from Wellington to Mount Maunganui and concentrated on finishing a game that we were halfway through called Bee Leader. We managed to attract the attention of Apple with some early Bee Leader screenshots and video, so we were lucky enough to launch with their support. Later we were then featured as one of Apple's worldwide free games of the week.

Although critically successful with over three million downloads and a 'Best of the App Store 2012' award, Bee Leader didn't monetise that well for us

Although critically successful with over three million downloads and a 'Best of the App Store 2012' award, Bee Leader didn't monetise that well for us. It was released at a time when the free-to-play model was just starting, and we hadn't developed the game to be anything other than a premium pay-once experience.

Off the back of the critical success, we started to split our time between client work to keep the lights on as well as our own titles.

We spent a long time getting our next game Element, a minimal real-time strategy space game, out the door, with our efforts eventually culminating in an opportunity with Apple Arcade and our new game Doomsday Vault. We now only work on our own titles.

John O'Reilly: Busy, fun, challenging and rewarding. We have a lot of stuff going on for a relatively small studio and many of us wear different hats, being across multiple projects, disciplines, and business direction. We have a great team of eight people (soon to be nine) and we're constantly improving, making new content for Doomsday Vault, and looking after Element, on top of working on new game ideas.

So, on a daily basis, we have work schedules to keep up with. For me, that means overseeing and working hands-on with Doomsday Vault while managing general business direction.

Fridays at Flightless are designated "concept days", which means the team are encouraged to put down their work on current projects and mess with new game ideas or professional development, learning new techniques and craft etcetera. We typically end with a beer, salt and vinegar chips, some nostalgic rock music, playing a few games, and chatting about new concepts.

We're very fortunate to live and work in a beautiful setting here. We have an informal Flightless running-club who generally get out running around or up 'The Mount' several times a week.

John O'Reilly: Getting to where we are now has been a long path with many ups and downs. One of the more challenging aspects was self-funding our game titles through doing client work for years. Greg and I were essentially working two jobs for many years to try and get to a point where we could generate income from our titles alone.

This involved a lot of working hours and it also meant new game ideas took a lot longer to develop through only being able to work part-time on them. However, the client work we chose to do was very creatively rewarding and much of the time complementary to what we were trying to do in our games so it worked out well.

John O'Reilly: Success for Flightless as an independent game developer is being able to continue making games that we want to make and be profitable doing it. Shipping a game is incredibly hard work, let alone shipping something that you are really proud of, that you hope resonates with players and generates income.

John O'Reilly: Very interesting. There are lots of things happening for indies at various levels. The mobile games market feels like it's starting to shake off some of the negativity that surrounds free-to-play games.

With the launch of mobile games subscription services, there's also more potential now for indie developers to create games that are premium-type titles.

In particular, I find it exciting seeing the sheer range of creative titles with quality gameplay and production values coming out. There's a rich variety of games of late, for every type of player and age range.

New Zealand has been somewhat isolated from the worst of the pandemic and the government here has done a good job of trying to keep it under control.

Could you tell us about Doomsday Vault and why the game felt right for mobile?

Greg Harding: The setting for Doomsday Vault is a post climate-collapse with a theme of feeling lonely and isolated. The adventure gameplay is focused on basic puzzle solving, finding and collecting hidden items, and ultimately rescuing seeds from each environment.

We designed the game leaning towards a casual-gaming audience with an easy learning curve and slower-paced gameplay, fairly restrained UI, and environments that don't put the player under too much pressure until later levels when they have a bit more experience. Ultimately, the overall pace of the game suits mobile platforms really well.

Our opportunity with Apple Arcade meant that Doomsday Vault was built from the ground up to support multiple platforms. We worked hard to make a great experience across every device, ensuring that features and performance scaled nicely and that input worked well. We learnt a lot about how to approach things like this from our previous game Element which supported mobile, desktop, and consoles, so we designed Doomsday Vault with all of that in mind.

Where can people find Doomsday Vault?

John O'Reilly: For now, Doomsday Vault is available exclusively on Apple Arcade. We worked very hard in making it a seamless game experience across iOS, tvOS and Mac devices. We are working towards getting it out on other platforms in the near future.

John O'Reilly: We're pretty fortunate to be based where we are. New Zealand has been somewhat isolated from the worst of the pandemic and the government here has done a good job of trying to keep it under control.

We spent much of last year working with some of the team being remote, so we already had our communications and production systems in place when we went into full lockdown and started all working from home.

We had just signed a lease on a new building, so we got stuck between moving out of our old studio and into a new one. That was a bit messy, but we're all in there now and have been working together again for a while which has been great.

John O'Reilly: We're continuing to improve Doomsday Vault and add more content and features. Ideally, we'll be starting on a new title later this year. We're all wanting to learn more and get better at what we do, so making sure the studio has ample opportunity to do that is really important to us.

John O'Reilly: I'm not sure we can speak from a position of having 'made it'. I don’t feel like we sit in that category. We are constantly striving to get better at what we do and to make the next thing the best thing we've done.

It has been painful at times, but we've learnt that luck and timing play a large part in success. However, you have to have all the other stuff going on too - being good at your craft etcetera. to be able to capitalise on those moments when they come.

You also need to be in a clear enough headspace to recognise those moments as actual opportunities. From a pure content perspective, I would highly recommend making the game that you really want to make.

If you really care for what you are working on, that passion will come through and players who love your game will feel that and appreciate it. Also, game development is hard and takes a lot of time, you might as well be making something you're into.

TICKETS RISE at midnight tonight! Last chance to save on tickets to Pocket Gamer Connects Digital #5!