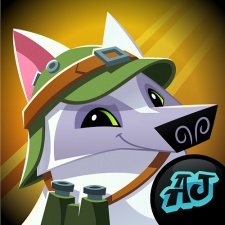 In this entry of our Live and Kicking series, we spoke to WildWorks CEO Clark Stacey regarding the five-year anniversary of educational online title Animal Jam.

PocketGamer.biz: With Animal Jam now more than five years old, how do you reflect on its performance as a series - from launch to the mature title it is now?

Clark Stacey: It's been quite a journey. When we launched Animal Jam as a mobile game in 2015, Apple still wasn't permitting any games to offer a monthly subscription model except for Disney's Club Penguin Island. We also had to overcome the confusing separation from the web-based version of the game; players wanted to know why we didn't just bring that experience to mobile, so their characters and inventory would carry over.

Now, five years later, it's finally become the experience we've always wanted it to be: accessible from desktop computers as well as mobile devices, monetised almost entirely through subscription, and with content and features as deep as its web-based forebear.

Animal Jam shares a community team with AJ Classic, which includes content moderators, safety experts, and player support reps located in the US and Philippines. They total about 50 people. If you include the development team creating new features and content, that adds another 20 people.

We have to offer something new and exciting with every monthly update and we rely on the community for a lot of our new content ideas.

We look at those two things very differently, but both are extremely important to the success of Animal Jam as a community. Animal Jam is for kids. It's not an adult game masquerading as a kids game, where selecting 13-plus on an age gate can lead players into a dangerous and unmoderated social experience. Parents control access to social features and there are no unsafe chat options.

That requires a lot of live human supervision in the game world in addition to sophisticated filtering tools to prevent players from sharing addresses, phone numbers, or other personally identifying information. In addition to overseeing the safety of kids in Animal Jam, our player support team also moderates tens of thousands of pieces of artwork they submit through the in-game painting tool every day.

All of this, as well as fielding the usual questions from players about billing, technical issues, etcetera. They are a very busy crew.

What steps have you taken to ensure that Animal Jam maintains a sizeable and active player base all this time after its launch?

It comes down to content updates and responding to player feedback. We have to offer something new and exciting with every monthly update and we rely on the community for a lot of our new content ideas. By listening to our players, we stay on top of the latest trends both in and out of the game and release the features that are most important to our audience.

To what do you attribute Animal Jam consistently impressive grossing performance, and how do you sustain it?

Animal Jam is a community and monetised almost entirely through subscription. I think that's the most straightforward and ethical way to monetise a game like this. We aren't dependent on creating "whales" through rapacious IAP-driven loops; instead, we have to focus on constantly increasing the value players perceive in their subscriptions.

The primary means for doing so is by driving social interaction in the game. In designing new features, we emphasise things that players can experience together or that will encourage them to interact with each other. Animal Jam isn't a traditional MMORPG with levelling, grinding, skill trees, NPC battles, etcetera. to keep players engaged.

Players roleplay but in ways they make up on the fly. It's engagement with each other that keeps them invested in the game world, rather than the game world entertaining them directly.

A good example of this social-driven design is our new Master Blocks mini-game. It's a new UGC feature that enables players to create voxel-like sculptures and build their own furniture designs and 3D artwork. Once their items are moderated and approved, they can show them off in their den or trade them with friends.

Can you tell us how you have approached the game under the current pandemic? Any implementations you have put in place?

The pandemic has been especially hard on kids. In March, millions of kids were abruptly pulled away from their friends and classmates and isolated in their homes. That's hard on parents as well; they're trying to navigate a changing work life while also being full-time educators and caretakers.

We've looked at this as an opportunity for Animal Jam to be of service. Immediately after all the school closures in mid-March, we made Animal Jam membership free for everyone for the rest of the month - extending into April.

We saw kids turning to Animal Jam in huge numbers as a means of staying connected with friends, and it was an opportunity for us to show parents that screen time with Animal Jam is safe and full of free educational resources, from animal e-books to science Q&A videos.

The pandemic hit right around the time we were releasing a major rebranding for Animal Jam. The original web game became AJ Classic and is still playable through a downloadable client. The mobile game changed from Animal Jam: Play Wild to just Animal Jam, and is now playable on Windows and Mac computers as well.

So, it's a little hard to separate the effects of these changes from those attributable to the pandemic, but since March kids have created 3.3 million new animal avatars in Animal Jam and our daily active user/monthly active users has increased by 50 per cent.

It's the number one grossing iOS app in the US in the Kids nine to 11 category and has held that spot for most of the time since it was released.

Average daily playtime is over 60 minutes and we're seeing millions more lines of chat per day. We see teachers meeting up with students in the game and parents organising play dates there. None of the social functionality or educational content in Animal Jam requires membership; kids can play for free forever. We hope the game is a refuge for them and an asset for parents in this unprecedented time.

What would you consider Animal Jam's biggest achievement in its five-year lifespan?

Over the years Animal Jam has worked with several women in science to produce our educational videos, because we want to show girls in our demographic that these careers are attainable and cool. Since the original web-based Animal Jam game launched ten years ago, we've seen a lot of players grow up, graduate from college and start their professional lives.

We've heard from Jammers who've gone on to become veterinarians, biologists, and researchers in a variety of STEM fields, and they credit their time in Animal Jam as influencing them in that direction - those are our best moments and greatest achievements.

Since its launch in 2015, Animal Jam has exceeded 125 million registered players in over 200 countries. It's the number one grossing iOS app in the US in the Kids nine to 11 category and has held that spot for most of the time since it was released.

We've achieved this by providing a free playground for everyone and demonstrable value to parents and players who choose to subscribe; our average subscription length is well over a year.

What lessons have you learned/are you still learning from Animal Jam? Is there anything about the game that, in hindsight, you'd now handle differently?

We're a small team and there are always things we wish we could release sooner or fix faster. One of our biggest challenges has been the fact that kids often don't recognise phishing attempts or other scams, and they'll give out their Animal Jam password to someone on Instagram promising them free stuff in the game. We've added our own CAPTCHA system and other login protection measures, but I wish we'd launched with them.

Finally, how has your experience with Animal Jam informed where you are/what you're working on now?

The Animal Jam community is directly responsible for the new game world WildWorks just launched into an open Beta, called Fer.al. One of the most frequent questions we've heard from older Animal Jam players is "can you build something like AJ, but for older kids?" They’re aging out of the under-13 demographic, and finding there's nowhere for them to go that offers them the same sort of community.

It's artistically edgier and the protective walls are lower than in Animal Jam - players can share links and communicate with less restrictive chat, for example. But the same kernel prevails: a supportive community of young people experimenting with identity and self-expression in a wild place where they can be freer than they are in their real-world lives.

Over 175,000 former AJ players signed up to beta test Fer.al, and they've deeply influenced everything from the core gameplay to the art direction.