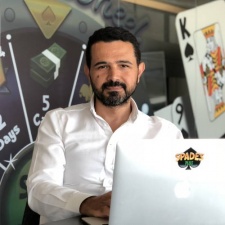 Zynga has been having a heck of a year so far, with two pretty substantial acquisitions under its belt and a record quarter of revenues for Q2, but that hasn't stopped it from expanding its library of games from internal studios.

One such game is Bluff Plus, the first game from Zynga's Turkey studio since its acquisition back in 2017, which combines a classic card game with online, synchronous multiplayer and deep social mechanics.

To find out more about the game and its creation, we spoke to Zynga Turkey general manager Buğra Koç about putting a spin on Bluff, and why creating social experiences are so critical to the studio.

PocketGamer.biz: Can you start off by telling us about Bluff Plus?

Buğra Koç: Bluff Plus is the ultimate competitive and family-friendly card game with a fresh take on classic titles such as 'Cheat', 'Bluff' and 'I Doubt It'.

It's free-to-play, easy to learn, and combines fun deception with the art of island-building that will entertain and reward players of all ages. We've included fantastic social features that allow for online multiplayer action, so we can’t wait for players to go head to head!

Can you confirm the release date, platforms and territories the game will be available in?

The game is now available worldwide and can be downloaded on both Google Play and the App Store.

How long was the game in soft launch for? What did you learn from the game being in soft-launch (if anything)?

It's been in soft launch for five/six months in different territories and in that time we've adapted the game to fulfill user expectations. One of the game's biggest features is its enriched, online social experience that was crucial to enhancing multiplayer gameplay, as well as going up against friends.

The social aspects of the game mean that wherever you are in the world, you're never too far away from friends or loved ones and therefore safe distances can be maintained whilst still having fun, especially during these unprecedented times.

It was very important for us to implement strong social mechanics to the game as well as smooth and fun gameplay, which were two big areas of focus for the team.

Can you detail where the idea for Buff Plus originated from?

Creating flawless, online multiplayer card games is our priority, but playing card games is our passion. It's how we live and breathe as a studio and therefore we create games that we love to play. Traditional card games such as 'Bluff', 'BS', or 'Cheat' (however you refer to it) are also fun ways to stay entertained, but more often than not we play against each other using real decks of cards, testing out different mechanics and new ways to interact through fun and social gameplay systems.

As for Bluff Plus, the idea was born out of Zynga Turkey over a year ago. Our talented studio of developers were continuously looking for new product opportunities and trying out various titles across different, and similar, genres. Thankfully the research paid off with Bluff Plus paving the way and now launching onto the global market.

Zynga president of publishing Bernard Kim described the game as "unique", but what would you personally say is unique about Bluff Plus? What is there about Bluff Plus' design choices and game mechanics that haven't already been on the market for years?

I believe we have a duty to players and to people around the world to provide fun and enjoyment in their lives, should they choose to use games as a means for this

Bluff Plus' gameplay is unique in many ways whilst still maintaining a sense of familiarity for those wanting to jump in and play right away. The set of rules have also been developed by us and so learning the ropes shouldn't have to be taxing for anyone.

Instead, we want players to get the hang of it from the start and enjoy the beautiful design, social features and gameplay mechanics that come with this title. We wanted to create a card game that appealed to all ages, and so the fact that we can deliver a familiar mechanic that incorporates features like island building, exploration, discovery, social gameplay and rewards meant that we still had a lot of room for creative input.

Players will be able to discover themed islands, bright decorations and unique items that are customizable and will suit anyone's style.

What makes Bluff Plus different from the hundreds of casual games already on the market today?

In the early years, card games started out as single-player experiences that evolved over time to include multiplayer elements and social features. Bluff Plus incorporates these mechanics as well as additional meta-game attributes.

It's an exciting multiplayer synchronous mobile card game that's equipped with a wide range of decorative items that enables players to build their islands and compete against their friends.

With that, what makes Bluff Plus different from the numerous casual games already available from Zynga?

Every game in our portfolio puts players first and seeks perfection in its own category, and Bluff Plus is no different. However, as this title appeals to a global market, Bluff Plus sits in a unique category that encourages anyone aged between 7 and 70 years to play and have fun together.

Thanks to its easy-to-learn and easy-to-play mechanics, Bluff Plus is a unique family card game that broadly appeals to a worldwide audience without having a core target demographic.

Why do you feel now is the right time to launch Bluff Plus?

The world is experiencing an unprecedented time right now, not just in gaming or the entertainment industry, but humanity itself. As an experienced games professional myself, I believe we have a duty to players and to people around the world to provide fun and enjoyment in their lives, should they choose to use games as a means for this.

The fact that we can bring families and friends together from afar, in a socially accepted and fun-filled way, can hopefully serve those values during these difficult times and help pass the time.

Has the Covid-19 pandemic impacted the development of Bluff Plus?

Thankfully our teams have adapted well to the work from home environment. We've successfully continued the development of Bluff Plus, and have effectively worked collaboratively as a team in a remote capacity that hasn’t compromised our productivity.

What numbers or metrics would you be looking to hit within Bluff Plus's first year of being live to consider it a success?

I believe that a 'hi'’ game differs from genre to genre. Bluff Plus doesn't have a benchmark at this stage due to its newly derived gameplay, features, mechanics and graphical approach, therefore it's difficult to put a specific metric to it. However, we believe that we've created a game that people will love to play and look forward to any feedback we receive.

Can you tell us about any other/future projects at Zynga Turkey?

Above all else, player satisfaction is our priority and so we continue to be driven by this principle that steers us towards creating social, fun and entertaining lifestyle games that will take us to the next level.