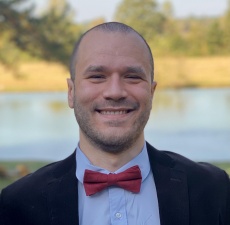 Global esports revenue was on course to reach $1.1 for the first time in 2020 (via Newzoo), however with the pandemic taking one of its biggest hits on the events and hospitality industry, this number is now expected to fall under the billion mark.

The esports market is still expected to see massive growth but 2021 will be a big test for the relatively new sports genre. Questions still loom surrounding its mainstream appeal and whether it can ever truly rival general sports competitions that have become household stapes over many decades.

There's also the elephant in the room regarding the actual technology and if it is actually ready for an audience of that size. 5G is rolling out in more territories every month yet the understanding and acceptance of it is not quite there yet.

To find out more, alongside what we should expect from mobile esports as a whole in 2021, we spoke with Ryu Games business development manager Nick Contino. The San Francisco-based mobile esports platform specialises in combining cash tournaments with a growing network of mobile esports games.

PocketGamer.biz: Why do you think the market is headed further towards synchronous play instead of asynchronous?

Nick Contino: I don’t think it's necessarily headed more towards one over the other. The beauty of mobile esports is that there’s room enough for both. Asynchronous play is well suited for players on the go, or with less time to commit to a play session. Synchronous play requires a bit more time and engagement and works well for players at home with ample time to commit to a game.

A traditional triple-A studio will begin to realise that this is a massive opportunity to add a new revenue stream for their company.

Surely, Asynchronous offers better flexibility? Is the world technologically ready for synchronous, with issues such as latency a constant concern?

It certainly does. Especially for mobile games with smaller user bases, acquiring a critical mass of users to fill synchronous can be expensive and difficult to maintain. Even once you have a critical mass, users in different parts of the world have varying levels of latency which negatively affect the user experience. Of course, once 5G fully arrives, synchronous will be viable in far more use cases for more consumers.

Is there a particular game in mobile esports that best shows off synchronous play and why you think its popularity will increase?

I think we’re just starting to scratch the surface of what genres are possible with synchronous mobile esports. We could look at games like Clash Royale, Call of Duty, and Brawl Stars as good places to start. A traditional triple-A studio will begin to realise that this is a massive opportunity to add a new revenue stream for their company. I think we’ll see all of the big players jump into the space starting next year.

How important are influencers to making the esports market grow?

Certainly, there are big name influencers out there playing the popular titles, but mobile esports is much broader than that. Any game you play on your phone - including casual games like solitaire and match-three - can be made into a mobile esport.

How big of a part will 5G play in all of this?

It’s absolutely crucial. Without a low latency mobile network, mobile synchronous play will never achieve its true potential. People need to be able to compete while on public transport, in rural areas, when wifi is down, etcetera.

What do you think will be the light bulb moment with general consumers and 5G? Is something we will see over the next 12 months?

Most consumers have no idea what Stadia is, limiting its poor impression to mass audiences.

We’re just starting to see consumers become aware of 5G. Apple and Samsung have released 5G phones. News stations are putting out coverage. I think in the next 12 months, 5G will be a lot like the iPhone in 2007. We’ll see it as mostly for the wealthy and difficult to obtain, but by 2025 all phones will run on 5G and 4G will be long forgotten.

Will apprehension around platforms like Google Stadia affect how people feel about steaming on the go?

Google Stadia is an interesting case, as it’s received largely negative coverage. That being said, most consumers have no idea what Stadia is, limiting its poor impression to mass audiences.

I think that Microsoft’s xCloud has learned a lot from Stadia and is going to do a lot of heavy lifting over the next year to engender trust in streaming from consumers. Their user experience is excellent from what I’ve seen and will show millions of people that streaming is a legitimate way to play games.

What game do you expect to be the hottest game in 2021?

That’s a tough one! In US mobile esports, I think we’ll see Call of Duty: Mobile continue to rise in popularity. They’ve done a great job of ‘cracking the code’ to bring the formula to mobile.

How has the global pandemic affected the esports scene outside of hosting in-person events? With many parts of the world still tackling the issue, do you expect it to bounce back?

I can’t imagine we’ll be seeing full-scale in-person events before 2022. That said, the beauty of esports (mobile esports in particular) is that you can play anywhere! We’re seeing esports athletes begin to master the art of streaming/competing from home and providing an entertaining show for viewers.

To sum up, what can we expect in 2021 from mobile esports?

More than any year prior, 2021 will be the year of mobile esports. Much like 2014 was a breakthrough for mobile games, expect to see mainstream news coverage, big companies investing in new titles, and a huge rise in popularity on the App Store.