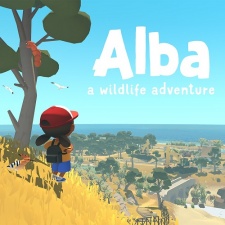 This week, we spoke with Ustwo Games lead programmer Manesh Mistry surrounding the development of Alba: A Wildlife Adventure and the studio's goal of planting one million trees globally.

PocketGamer.biz: Can you start off by telling us about Alba: A Wildlife Adventure?

Manesh Mistry: Alba: A Wildlife Adventure is a game about carefree exploration, appreciating wildlife and understanding the relationship between humans and nature. You play as Alba, an 11-year-old girl on a summer holiday visiting her grandparents on a Mediterranean island.

Alba: A Wildlife Adventure is a game about carefree exploration, appreciating wildlife and understanding the relationship between humans and nature.

Armed with a clever animal photography app on your smartphone, you run freely around the island snapping photos of animals and cataloguing all the different species. There are plenty of friendly locals in the area and through chatting to them, you discover the wider problems of disrepair on the island, ultimately putting the future of the whole island in jeopardy.

While working on a relatively complex prototype, the studio art director David Huerta really wanted to make something small and simple. Inspired by his own interest in birdwatching, the very first prototypes were made by David and programmer/designer Kirsty over the course of a few months.

Even those early prototypes had the same core elements that have made it through to the final game - a young girl exploring a small open world and taking photographs of birds. Coincidentally, both had grown up in Spain, so it was a natural fit for them to draw upon these locations as an easy source of inspiration for authentic locations.

Two and a half years of development, starting with two people before steadily growing over the project's lifetime to a core team of 25, including contractors.

It's probably the most challenging project we've ever had to work on! The biggest challenge was figuring out how to stop the complexity of the game from spiralling out of control.
Our previous games had been much simpler: Monument Valley and Assemble with Care revolved around single-screen, fixed viewpoint compositions, with discrete user inputs.

We could be very consciously subtractive with game design to try and minimise the number of things the user has to learn or interact with. Alba has a much more traditional overall design, loosely following the third person and 3D exploration format that's been around for years. We wanted to make our version of an open-world game, stripping back as much stuff as possible so we can deliver the fun of an open-world game to audiences that may have never experienced it.

As we progressed through development, we realised that most of the standard elements that we see in open-world games are there for very specific reasons, and it's very difficult to compensate for them if they are not there. If we allow players to go wherever they like, we need to provide some way of identifying where they are. If the game asks players to carry out tasks, they need to be able to understand and track what's being asked of them.

So we find ourselves later on down the line with a game that has a map, a quest log, main quests, side quests, a time of day system ... wondering how this simple project got so complex! Removing any one of those elements has large knock-on effects that drastically change the way people play the game. So the challenge then evolved to - how can we make the simplest and most accessible versions of these mechanics? I think I came away from the experience humbled and with much more respect for the complexity of an open-world game.

We always knew we liked the core of the game - run around a beautiful island, taking pictures of animals in nature etcetera. - but with so many moving parts during development, it’s very difficult to gauge how the final product will truly feel until everything is balanced and the pace of changes slows down. I’d say that it wasn’t until the final couple of months that we felt that everything was fitting into place.

In partnership with an organisation called Ecologi, dedicated to restoring the planet, one tree will be planted for every copy of the game sold or downloaded.

Why did you feel this was the right time to launch globally?

The idea of harmonious coexistence with nature is certainly not something new but is now becoming one of the most critical issues we’re facing as a planet. We wanted to tell a simple but authentic story that shows the difference that individuals can make to the world around us. We hope that Alba’s heroic spirit inspires others to find out how they can also make a difference.

Can you tell us about the planting trees initiative?

We want to plant one million trees! In partnership with an organisation called Ecologi, dedicated to restoring the planet, one tree will be planted for every copy of the game sold or downloaded. As of writing this, we’ve already planted over 450,000 trees so we’re almost halfway there!

We like to make games that can be enjoyed by as many people as possible, but we’d like this game, in particular, to appeal to the 11-year-old in all of us. We wanted children at young reading ages to be able to enjoy it, but still, be enjoyable to adults. We hope we got there by not talking down and being patronising to kids.

The pandemic began roughly after the halfway point through development, so it entirely transformed the way we worked. So much of our creative process revolved around being physically close to each other, with lots of real-time communication and collaboration.

We’ve now almost entirely transitioned to remote working practices and have proved to ourselves that it’s possible to make a game all the way to release while working from home!

How happy are you with the game's launch in early territories so far?

We are utterly thrilled with the amount of positive feedback we’ve seen for the game. We have always contended with negative feedback related to the kind of design decisions we’ve taken in our previous games. We seek to make games that respect the player’s time and can be enjoyed by anyone regardless of game literacy, and this has often left us with reviews saying that our games are too short or too easy.

For the first time, this doesn’t seem to be the case with Alba! It feels like people are enjoying it wholeheartedly for what it is, and this is wonderful for us to see!

Alba: A Wildlife Adventure will arrive on Nintendo Switch in Spring 2021, what can players forward to that are holding off picking it up on iOS now?

The goal of releasing on console is to make the game available for as many people as possible. The main differences between the platforms will mostly revolve around making the gameplay as well as possible within the different hardware and controllers. So players should expect a version of the game that feels like at home on that platform.

Ustwo games is planting a new tree for each download of Alba: A Wildlife Adventure