We speak to Wizards of the Coast exec producer Chris Cao 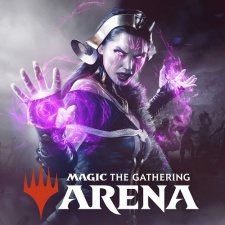 This week, we spoke with Wizards of the Coast executive producer of digital game development Chris Cao surrounding the creation and launch of Magic: The Gathering Arena on mobile.

PocketGamer.biz: Can you start off by telling us about Magic: The Gathering Arena?

Using adaptive UI and other methods we’ve managed to make the premiere digital MTG Arena experience something you can play anywhere.

The mana is used to cast spells, summon creatures as well as activate spells and abilities. The ultimate goal is to get your opponent’s life total down to zero health. We brought MTG Arena to the PC in 2017 in beta before officially launching in 2019. Having just expanded to Mac in 2020, now MTG Arena is available on mobile and tablet devices too.

The original creator for Magic: The Gathering, Richard Garfield, initially approached Wizards of the Coast CEO Peter Adkinson about publishing the board game, Roborally. From this. he asked Garfield if he could create a more portable game that could be played in minutes and “while waiting in line at conventions".

Garfield went to work on a concept and returned with the first version of Magic: The Gathering, which debuted in 1993. Since then, we’ve brought the game to several different platforms and we’re pleased to see it widely available on PC, Mac, mobile and tablets. You could say the mobile version is the most portable of them all.

Bringing MTG Arena to mobile presents the challenge of making this complex game fit on a smaller screen. Using adaptive UI and other methods we’ve managed to make the premiere digital MTG Arena experience something you can play anywhere.

With Magic: The Gathering Arena, we had the advantage of starting with a successful live
game on PC. The challenge was achieving a similar gameplay experience on mobile devices where information needs to fit onto smaller screens.

Once we felt the UI and player experience were both in a great place, we knew it was time to get it in the hands of players as soon as we could; they’ve been asking for MTG Arena to be on mobile devices since we launched on PC.

Why did you feel this was the right time to launch?

Our players have wanted a mobile version ever since we launched on PC. Now that we have the experience up to our standards and are confident players will enjoy it, we are ready to fully release Magic: The Gathering Arena on mobile.

Bringing an authentic MTG Arena experience to mobile means players can jump in anytime
and anywhere they want.

If players have never experienced MTG, would you say this version is a good introduction to newcomers?

Magic: The Gathering is a challenging but rewarding experience. We are always looking for ways to introduce the game to new players. We’ve introduced Sparky, who will guide you through the initial tutorial as well as deck building, the mastery pass and more.

Players can also dive into “Colour Challenges” that teach them the basic strategies of the five colours of Magic: The Gathering. On top of that, weekly events provide unique, controlled ways to play, while ranked battles let players match up against those at their skill level. You can even import Arena decks from other players online to learn new strategies and get playing quickly.

With so many digital card games on the market, how will MTG Arena look to stand out from the crowd?

Magic: The Gathering Arena is bringing the original collectible card game experience to mobile. This is the 'Magic' experience you know and love, with the latest card sets, multiple play modes, drafting, competitive events and more. This is magic on your phone!

Magic: The Gathering Arena has events that refresh weekly and provide new challenges, play modes and more. We are tied fully into the Magic pipeline which means we will see content drops with new Magic sets.

On top of that, Arena had two unique remaster releases of older Magic sets. We plan to release additional Arena-specific content in the future.

To consider MTG Arena a success on mobile, what needs to happen?

Bringing an authentic MTG Arena experience to mobile means players can jump in anytime and anywhere they want. That’s a huge success for both the players and the MTG Arena team.

Our focus is on the quality and accessibility of that experience because those elements define our success and all the numbers that follow. Mobile early access has exceeded our expectations and we can’t wait to see this continue with the global launch.

Avengers directors to adapt Magic: The Gathering for Netflix

Speaker Spotlight: Wizards of the Coast’s John Eberhardt on the importance of a wide a variety of perspectives in the game making process