"We nearly went out of business" 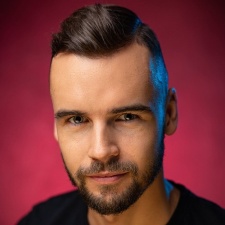 That's where our regular Live and Kicking series comes into play.

This time we spoke to Creative Mobile CEO and co-founder Vladimir Funtikov regarding the seven-year anniversary of its drag racer Nitro Nation.

PocketGamer.biz: How do you reflect on Nitro Nation's performance – from launch to the title it is now?

Vladimir Funtikov: We started prototyping for Nitro in 2012 when the studio was just two years old. We had already achieved massive success with the original Drag Racing game, which set a record of eight million downloads in a single month the same year.

But in order to grow, we needed to raise the bar.

In addition to 3D graphics and an industry-leading physics engine, we wanted a scalable backend in the cloud and support for a very wide range of devices for cross-platform play. This presented a massive challenge for a very young company.

There were multiple delays, so when the game finally launched, its technological excellence was obscured by UX problems, bugs and inconsistent performance.

Nitro Nation in 2021 is in its best shape ever in terms of revenue and profitability.

By mid-2015, we were in much better shape, having grown our revenue four times but there was already very strong competition, the market was moving towards paid acquisition and we were struggling to maintain momentum.

We responded by adopting a humble approach, working closely with the community, crafting clever deals with OEM partners, delivering frequent updates and slowly winning over the audience.

It brought about a profound change to our culture, the way we think about our products, a stronger sense of ownership and deep respect for our competition.

This mindset slowly resulted in improved performance, and as a result, Nitro Nation in 2021 is in its best shape ever in terms of revenue and profitability.

Putting this into perspective, we generate more sales in one month now than in our entire launch year.

How big is the team handling live ops?

Six core team members are involved on a daily basis, but they get plenty of support from other teams at Creative Mobile as needed.

We aim to have a new event or content drop every day.

Maintaining this intensity requires careful planning. We start with a list of new cars requested by the community, work with the OEMs to obtain the licenses and make sure our in-game vehicle models are pixel-perfect.

The next step involves fine-tuning the balance to make sure every addition is competitive but not dominant. Finally, we craft an event schedule with new cars in mind and publish a monthly calendar for the players’ convenience.

The team engage with our fans across multiple channels - Discord, social media and app stores - to maintain a feedback loop and keep our efforts focused on areas where we can make the most impact.

What steps have you taken to ensure that Nitro Nation maintains an active player base?

Frequent content drops and events are key. We spent years building a framework that would allow us to bundle four to eight weeks of content into a single release, unlock according to a schedule, design and launch events server-side.

Our live-ops team work like artists, crafting a new set of challenges every week.

It was tempting to shut the game down and start from scratch, but we decided to grind it out.

One of our major achievements has been maintaining the balance between new features and the expectations of our core fan base. As mobile game design evolves, it’s tempting to introduce new mechanics, rendering old tactics obsolete and encouraging new spending.

We’ve stayed on the safer side, making sure our players’ investments are protected and new game modes don’t compromise their hard-earned position in the community.

To what do you attribute Nitro Nation's consistently impressive grossing performance, and how do you sustain it?

The primary business growth driver is the professional growth of the team behind it. Everything else is a consequence of it. In addition to the aforementioned live-ops focus and steady flow of requested content, our UA, data and ML teams deserve a lot of credit.

We spent years building our UA expertise and carving out a niche in a very competitive segment, achieving relatively high margins and quick return on investment.

Our ML (machine learning) platform is another key element of the puzzle. We rely on AI to create tailored IAPs, priced and timed just right, constantly adapting as the game evolves. We believe that owning the data and being able to leverage it is extremely valuable.

Can you tell us how you have approached the game under the Covid pandemic?

We spent extra time with our community as more people turned to online platforms for social support. This meant more events and posts on Discord and social networks, physical prize giveaways and just being extra nice and supportive during this challenging period.

Internally, we switched to remote work and redesigned our planning and communication protocols, as the cost of error increased.

The changes were just as disruptive as for anyone else, but we emerged as a much stronger group.

What would you consider Nitro Nation's biggest achievement since launch?

Survival. In many ways, the story of Nitro is the coming-of-age story of Creative Mobile.We were riding a wave of our early success, life was easy and the world was at our feet.

Then reality hit us hard. We nearly went out of business and had to mature and make our own luck.

It was tempting to shut the game down and start from scratch, but we decided to grind it out. Now we’re setting new revenue records seven years in and know exactly what we should do to improve the product further.

What lessons have you learned/are you still learning from Nitro Nation? Is there anything about the game that, in hindsight, you'd now handle differently?

We released Nitro in 2014 when mobile games were expected to peak during their launch year and plateau within months. We have proven that as long as the team is motivated to grow together, there is space for 10 times growth post-launch.

Although we made plenty of costly mistakes, this hostile environment allowed the strongest characters to stand up, take on responsibility, face failure, grow a thicker skin, gain insight and resilience by taking on hard challenges as underdogs, as well as emerge as leaders and winners.

Finally, how has your experience with Nitro Nation informed where you are/what you're working on now?

We’ve learned the value of sharp focus and perseverance.

Whenever we start a new project, we ask ourselves “what is the obvious truth we see that everyone else ignores?”. We aim to uncover opportunities that others deny, instead of throwing more resources at a familiar problem.