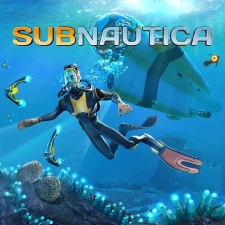 One of the many great things about media is that it can sometimes take on a second life. A film's premiere is vitally important to the project overall, but physical media sales and streaming rights can sometimes save it from the brink.

The same applies to the world of video games, as many developers launch their product on one specific market, only to find better success on another much further down the line.

With all that in mind, welcome to our new Switching It Up series, where on a semi-regular basis, we will be interview developers and publishers about the rigorous process of porting games from mobile, competitor consoles or otherwise, to the Switch ecosystem.

This time, we spoke with Unknown Worlds Entertainment project lead David Kalina about the porting of Subnautica to the platform, alongside the release of its sequel, Subnautica: Below Zero.

PocketGamer.biz: Why did you initially decide to give Subnautica a Switch port?

David Kalina: In general, we want as many players to be able to experience our games as possible.

We also have many Switch fans on the team. It was really a no-brainer, except for the fact that we just didn’t think it was technically possible for a long while.

What was the thinking behind the platform rollout of PC first then Xbox then PlayStation and now Switch?

Subnautica started as a PC game and was developed largely in Early Access on Steam. Unknown Worlds is a small, distributed company without a ton of console development expertise.

It took time to build the experience in-house - and find the right third-party relationships - to help us get the game on all of the consoles.

It took time to build the experience in-house - and find the right third-party relationships - to help us get the game on all of the consoles.

Well, primarily the development challenge was all about memory and runtime performance. We developed Subnautica originally for PC and so we were able to take a lot of relative shortcuts when trying to build and stream a large open world.

It took years of intensive engineering effort (with help from artists and level designers) to wrangle into shape.

Talk to us about the performance of getting it running on the system? What framerate can users expect?

We’re pretty close to 30 frames per second in most cases - for both games!

In the event that frame rate dips, we do our best to maintain a steady frame rate - avoiding hitches and interruptions. I think it’s wildly impressive, but it’ll be up for players to let us know how we did!

Of course. We think Subnautica is perfect for taking on a commute or a long trip - or into the bath, as one of my friends enjoys doing with his Switch.

I imagine there are a fair number of PC players who love the game and will be excited to be able to play it on the go.

Can you describe the key differences between developing games for PC/other platforms and for Nintendo Switch?

If the two games do anything like the numbers Subnautica did on Xbox or Playstation, I’m confident we’ll be very happy.

Aside from performance constraints, Switch asks us - as developers - to be even more mindful of the user interface.

The game has to be legible - and playable - in handheld and docked mode. You cannot make some of the same assumptions about how people are playing, compared with other consoles.

Has been in the Switch ecosystem diversified or built your audience/player base in a positive way?

We’ll see! As I write this, we’re less than 24 hours from release. I certainly hope we reach new audiences and demographics.

What needs to happen for you to consider Subnautica a success on Switch?

Personally… I’ll consider it a success if players love it and let us know. I think we pulled off something rather amazing getting this type of open-world experience working on the Switch, and there aren’t too many experiences that are comparable on Switch.

I just hope players feel the same way about it. I’m also sure the business people at Unknown Worlds have a number where it becomes financially "worth it". If the two games do anything like the numbers Subnautica did on Xbox or Playstation, I’m confident we’ll be very happy.

Would you ever consider bringing the game to mobile?

Of course - know any great mobile developers? Seriously, it’s something we’ve talked about - in the spirit of letting as many players play the game as humanly possible.

But there are some big hurdles, and it’s not something we’re actively working on right now.

What can we expect from the sequel, Subnautica: Below Zero?

Below Zero lets players return to Planet 4546B for an entirely new adventure in a different part of the world. You’ll play as xenobiologist Robin Ayou, who travels to 4546B at great personal risk looking for answers about her sister’s mysterious death during a mission on the planet.

You get to discover a completely new, arctic environment with dozens of new creatures, new tools and vehicles, and a more prominent storyline than the first game.

You can also play Below Zero without knowing anything about Subnautica. In fact, if you’re more into story-driven experiences, I’d recommend starting with the original Below Zero… though admittedly, I might be biased.

How Before I Forget is broadening its audience on Switch

Greening the red planet: Tiger Style on the making of Waking Mars