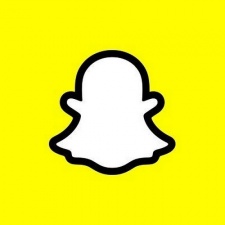 Snap Inc. is looking to usher in a 'quality over quantity' approach to its gaming ecosystem, as its catalogue of titles expands more than 30.

Since the games platform was introduced in April 2019, the company has partnered with various developers and publishers, including the likes of Zynga, Gismart and Voodoo.

The latter of which has found great success with Aquapark IO, a hypercasual water slide racing game that has reached more than 45 million players in six months.

As a result of this, Voodoo and Snap announced an extension to their agreement which will bring five more titles to the platform.

Two of these will be exclusive multiplayer versions of hypercasual releases Hole.io and Crowdy City.

"When you look at Snap Games, what is different from other platforms - like the App Store - there is a social component to it," Voodoo head of strategic partnerships Matthieu Lavergne tells PocketGamer.biz.

"It's not like another App Store in just being a distribution method. Sure, it's another distribution channel but it's also another way to provide a different experience from the original native apps. It's a great advantage because you can engage in a different way but you also have to pick the right game for this particular experience."

The other three games due to arrive on Snap from Voodoo are still being discussed internally but were confirmed to be part of the hypercasual genre - a speciality of Voodoo, that has seen the French firm pass five billion downloads worldwide.

Looking to replicate that success going forward, Voodoo will be "aiming at a very ambitious target", though admit its success is more down to the "scale and revenue" it garners.

"One thing I would emphasise, and building off what Matthieu described," added Snap head of EMEA games partnerships Pedro Rodrigues.

"Is that it's not only porting a game that is going to guarantee success on this platform, but it's also finding the right fit that can translate into a social experience.

"When you look at Aquapark.io, it's a game that has real-time multiplayer where you are playing with hundreds of millions of 'Snapchatters' but you also play with your friends."

Being able to talk to friends through the social messaging app is critical to the experience. So much so that the games become more of a backdrop to the messaging component.

Snapchat as a whole boasts 500 million monthly active users, and a key part for those making games for the platform is converting those numbers to players.

"When we launched two years ago, games were very close to where people talk with one another on chat," says Rodrigues

"You can click on a rocket on the right-hand side and it launches a list of games. You launch that game with a friend you are chatting with at the moment.

A lot of users were said to have originated from user-to-user invites as opposed to natural App Store discovery. With this, the team wants to look at easing the way people return to games - enter a new Minis shortcut menu.

"We're rolling out a new shortcut menu, where you swipe down from camera to load and discover the list of minis and games," the Snap Games head explains.

"There will be a list of Minis and games in the utilities… You'll be able to find and discover new games you want to play with. You will also be able to organise games and also follow updates."

A concern for Snap over the last two years has been discoverability, however, this new update looks to address that issue head-on.

Something of which the company will be hoping to entice more developers, That said, it's not quite opening the doors to anyone and everyone so far, according to Rodrigues.

"The number will increase but they won't increase tremendously because we are not an open platform," he says

Snap understands that not every game will be a success. The aim of the library of content is to build from one another while learning along the way to set up a better chance of hitting with audiences on the next attempt.

Rodrigues adds: "What that means for us on the partnership side at Snap is that we don't need to expand our partnerships to the broader world of developers. We want to find those that share those values that are dear to Snap and work well with the platform.