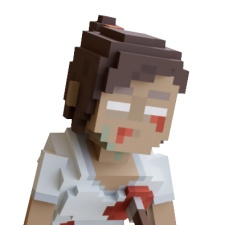 As the buzz around NFTs grows, it's interesting to see how established companies are looking to integrate the new technology into their businesses.

Indeed, one of the most surprising aspects of the NFT boom has been how open many IP companies have been to adopt decentralised ownership models.

But as Skybound's CEO of games and merchandising Dan Murray highlights, in many ways blockchain is just an extension of its existing business.

Different but the same

Best known as the originator of The Walking Dead IP, Skybound owns dozens of different IPs, which are monetised in multiple ways, whether that be the graphic novels and books the company is best known for, or clothing, toys, games, TV and films.

As the name suggests, fans are so passionate about their fandoms, they'll take anything that's not nailed down, something that's literally the case in physical events such as Comic-Com.

Allow them to buy and trade digital items that are secured on a blockchain and they see an opportunity not a challenge. After all, they've been trading rare comics and mint condition figurines amongst themselves for years.

And it's this sort of audience The Sandbox is looking to tap into.

The culmination of a decade of 2D mobile games enabling user-generated content, the project is evolving into a 3D voxel experience in which players can design and own their own play areas on the blockchain.

Similarly artists can create and sell their own characters within the game's marketplace. But on a formal basis, official licensing deals with the likes of Care Bears, Atari, Deadmau5, Avenged Sevenfold and The Smurfs are proof that NFTs in gaming are here to stay.

The forthcoming launch of The Walking Dead, which will operate interactive experiences and launch its own characterised NFTs, is The Sandbox's highest profile deal to-date however.

In this interview with BlockchainGamer.biz editor Jon Jordan, Skybound's Dan Murray and The Sandbox's Sebastian Borget discuss how their collaboration arose and why blockchain is inevitable for gaming.