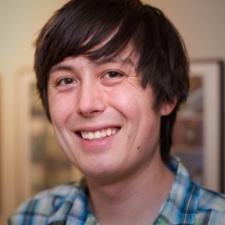 PocketGamer.biz spoke with John Cooney, CEO of Armor Games, about the need to combat pandemic stress and anxiety, the hard work establishing a new working routine, and the overwhelming demand for the four-day week following the trial period.

PocketGamer.biz: Why did you implement the four-day working week, and what were the key benefits during and after the three-month trial?

John Cooney: The anxiety and stress of the early pandemic put a strong focus on employee wellbeing for Armor Games. We implemented additional time-off, provided resources for self-care, and had frequent check-ins with the team. As the pandemic hit its first year, we were interested in finding a longer-term, more sustainable option for employee wellbeing.

We evaluated several workweek models and, after considering all our options, we landed on a four-day, 32-hour workweek which added Friday to the weekend. We started the trial in October 2021, and after getting through some early challenges we realised it was a huge net-positive for our team. The team was rested and ready each workweek, productivity was great, and work/life balance was vastly improved. We made the four-day workweek permanent shortly after.

Microsoft Japan claimed a 40 per cent increase in productivity and improvements to mental health related to the four-day week. How does this compare with Armor's experiences?

We had roundtables, one-to-ones, and anonymous feedback submissions on how things were working. I was slightly overwhelmed by the amount of comments on how much better the week felt and how much the time to unwind helped their focus and overall stress. Some employees shared their task tracking with me to show their work was getting done and on-time as well. Leadership unanimously agreed it was working, and it made the shift from trial to permanent a fairly easy decision.

In your announcement, you mentioned some residual challenges including some disparity in productivity benefits. Can you talk us through which areas see fewer advantages and why?

Every discipline had some break-in period, but QA is the one discipline we’re still adjusting to the shorter workweek. Game testing wasn’t faster or easier with the change, so we’re working on solutions for the long-term. Currently we’re able to make the QA hours work due to our current launch schedule but we know eventually we’ll need to backfill with another hire or bring on additional external QA resources.

You praised the efforts of the Armor team during the trial period, what were some of the core adjustments needed to facilitate the four-day structure?

The adjustment to a four-day workweek took some time. Many employees felt immediately stressed by a shorter, faster week. The productivity benefits of feeling rested from a long weekend weren’t immediate to many, especially in the first few weeks. There was self-reported concern over how much work was expected to get done (is productivity supposed to be magically twice as good now, or what should be expected?). Fridays felt strange, sometimes employees even felt guilty they weren’t working.

We also took the opportunity to also shorten or rearrange our weekly meetings, but that’s probably something we should have done sooner anyway!

Despite growing interest in the four-day working week, including an ongoing Oxford-Cambridge academic trial which sees 30 mixed-industry UK firms participating in a four-day week, it remains a rarity within the games industry (Kitfox Games, Young Horses, Eidos Montreal) and even rarer in the mobile space (KO_OP). Do you expect strong resistance from the games industry in exploring a shorter working week?

A four-day workweek will be counterintuitive to many: how does working less hours result in the same amount of work accomplished? I think that will discourage many from considering trying it with their organisation. This is also an industry infamous for maximising hours in crunch-time scenarios.

While the resistance will be there, there will be plenty more studios trying this workweek model out this year and sharing their learnings. That will only help expand the number of studios building towards different workweek models.

There is a word synonymous with the games industry: crunch. How does (if at all) the four-day working week help mitigate the need for crunch against the amorphous, shifting priorities of the dev cycle that has led to crunch becoming institutional?

The four-day workweek deeply recalibrates our relationship with work. When employees are given time-off to function as non-work people, they get time for families, friends, hobbies, classes, exercise, or even simply getting chores done. It’s such a critical benefit to mental health and happiness, and all those benefits carry well into the workweek.

The four-day workweek deeply recalibrates our relationship with work

Crunch is the opposite path, removing the time we need outside of our workplace to be ourselves and recharge, and while work is getting done immediately it's at the longer-term cost of employee wellbeing. The mindset of a four-day workweek is that employee wellbeing is a major priority for the company. So if anything, it helps bring to light the importance of work-life balance as a critical factor in overall employee productivity and happiness.

One of the key points in your announcement was that every company would need a bespoke approach unique to their own culture. But is there any advice you would offer to companies looking to start their own trials?

Absolutely! The first part is just being reasonable about what the four-day workweek will accomplish. It won’t magically make employees 40 per cent more efficient next week or make larger workplace issues go away. A four-day workweek is part of a larger effort to address work/life balance and provide employees with more sustainable means of working in a challenging industry.

The second is setting employee expectations. The entire team needs to know that things may not go well immediately, and that leadership will work with its employees to solve new problems that arise from the format. Managers need to be onboard and patient with the process, providing their reports with support on adjusting to a new workweek format.

The third is to set up many different channels of communication with the team. Employee feedback is critical through this process, especially to facilitate feedback from the more qualitative parts of this experience (stress, satisfaction, concerns, positives, etc). Measurement is critical to understanding if it's all going as-planned (or not).