Making Call of Antia stand out from the crowd

The Match 3 RPG genre is popular and well populated. FunPlus' Leon Zhou talks to PocketGamer.biz about differentiating yourself from the crowd 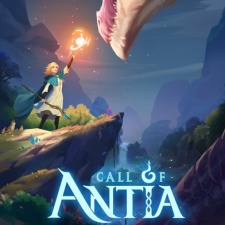 This week, we spoke with Leon Zhou, director of product at FunPlus, on the natural performance disadvantage of mobile devices and its influence on mobile players, differentiating yourself from the well-populated match-three RPG genre, and avoiding the pay-to-win trap.

PocketGamer.biz: Where did the initial idea of Call of Antia come from?

Leon Zhou: A few years ago, our team recognised the potential of the match-three RPG genre: it's a very interesting playstyle with a low threshold of entry that combines hero collection and monster battling, a promising area for strategic development.

After several months, we finished the development of the initial version and invited a select numebr of players to experience the game. On the players' positive feedback, we decided to officially move forward with development.

We started our development in 2019, and have been working on it for more than two years now. Initially, the team was no more than 10 people, but now the team has expanded to dozens, including collaborating with top concept designers from around the world. The team is much more experienced with game development too.

We have been technically testing the game since Q1 2020. Hopefully, we can continue to polish the content through players' feedback and provide the best experience for our community.

What was the biggest challenge or setback to overcome during development?

Of course, the COVID pandemic changed the way the team communicated, with colleagues scattered around the globe and working from home. We increased our reliance on online tools like Google Docs, Zoom, etc, as everyone did, and eventually the team members adapted really well: the pace of development actually increased despite the circumstances, and we soft launched on August 20 2021.

Beyond the physical challenges of the pandemic, we wanted to tap into the needs of our users and create an RPG experience that was exciting for our players. We didn't want to just develop a product that was very similar to other puzzle RPGs, and instead inject a unique charm into Antia.

Fortunately, members of our team have a lot of experience in RPG development, and after some experimentation, we added new elements to the game like dragons, a richer sense of exploration, and 3D battle effects. Although the game looks 2D, we use a lot of 3D technology in battle, making the visual performance of the game akin to that of a 3D game, but keeping the mobile requirements very low.

What were the additional considerations when developing an original IP?

We considered several aspects. Initially, we wanted our game to be recognisable compared to other products on the market: specifically artistic expression, world view, and the core gameplay. Then we arranged our development and operation work from the beginning to create a product that will be played for a long period of time: what players will play, their needs in each life cycle after entering the game, and how to meet them, among other elements.

Mobile players are more demanding on operational convenience, feedback, density of play, and sustainability of the experience

Lastly, we wanted to have a positive, mutually trusting relationship with players. It is important for us that the game remains balanced and valuable. We hope that the game can stand up to that scrutiny from players and appreciate the strong combination of strategies of the game between the heroes, rather than simply pay-to-win mechanics. This is difficult to balance but absolutely essential!

On a similar note, the mobile audience seems very receptive to original IP. What do you think accounts for this?

Mobile is now in a product environment that has not yet been monopolised by top IP products. Excellent new games are constantly emerging using various types of gameplay, and players have not yet formed a unified perception.

Due to the natural performance disadvantage of mobile devices and fragmentation, players will have lower requirements for the absolute quality of the game compared to console/PC players. However, they are more demanding on operational convenience, feedback, density of play, and sustainability of the experience, which are different from traditional IP products. Mobile IP products also need more time and features to settle in the market.

At what stage of development did you feel you had a game you were happy with?

At present. I am more than satisfied, and our team is still enthusiastic and keeps trying to innovate, so as to create a better game experience for players.

It's important to be careful with the soft launch and not make assumptions. New players are actually learning and adapting to the game at a high rate, and it's very easy for us to negatively optimise the game online. A/B testing is the best tool we have; the biggest changes we introduced stemed from conclusions from A/B testing.

We are mainly operating live ops for event/configuration-oriented content to ensure that players have new featured content to experience every week. In the case of larger systems and features, we will still need update the app to a new version.

We expect to update the main storyline and level content in early March. That's when players will have the ultimate showdown with the forces of evil and find the hidden truth!

Finally, what were the most valuable lessons from Call of Antia's development that you'll take forward to other titles?

Knowledge starts with practice. We value players' feedback and staying connected with them. We also need to be precise at finding problems through testing data in order to keep improving the game content.