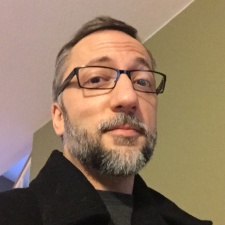 In a market where consumers still lament a perceived lack of AAA VR titles, last year's Resident Evil 4 was a welcome shot in the arm. Released in October, it was a complete reworking of an all-time classic game featuring a full campaign in the region of 16 hours to complete.

We spoke with Tom Ivey, the game's lead producer about what to expect from the new mode, the responsibility of updating such a venerated title and lessons learned in developing for VR.

Q: Congratulations on creating a VR version of an all-time classic that not only pleased newcomers, but also gave franchise veterans a genuinely new way to enjoy an old favourite. To paraphrase an old quote, 'You can't please all of the people all of the time', and yet… somehow you seem to have managed it! What's your secret?

A: The franchise is very important to us. A lot of us have very important memories playing the original version of the game on GameCube and always had it as one of our favourite games. So the ability to work on that franchise and work with the people at Capcom was a big deal for us. So we wanted to make sure that we did everything we could to make the best product that we could.

And that does mean both presenting the original aspects of the game on the new platform, as well as bringing the VR aspects to it in terms of gunplay and movement and controllers, but also a lot of little subtle things that make that work as well.

I don't know that we got everybody on our side, but we were overwhelmed by the response from people and very happy that we were able to hold up a good version of the game. It meant a lot to us.

Resident Evil is a polished game and it's not just about the story or the characters; it's the gameplay. If you get that wrong, then it doesn't matter if all the classic features are perfectly polished and they're all in there, because it's just not going to be fun to play.

Q: Resident Evil fans can be a rabid bunch. Mercenaries fans even more so! How did you go about satisfying a fanbase that's so hard to please?

A: I think it starts with just making sure the core experience in VR is solid.

Resident Evil is a polished game and it's not just about the story - which is a huge deal to a lot of people - or the characters; it's the gameplay. It definitely revolutionised and pushed forward gameplay at the time in terms of the controls, the camera perspective and a lot of things that they did with the action.

So we wanted to do the same thing with the VR version of trying to make sure it was best in class in terms of the presentation and the feel. If you get that wrong, then it doesn't matter if all the classic features are perfectly polished and they're all in there, because it's just not going to be fun to play. You've ruined that aspect of the game.

So that's how we started out; making sure from day one that the core experience that you're going to be doing for the whole time - working with the guns and working with movement - was as polished as possible, before we worked on anything else.

Q: The Mercenaries mode goes all the way back to the last century. What kind of pressure did you feel to honour that heritage and how did you go about it? And did you feel obliged to replicate the mode from RE4 or were you free to incorporate other variations for this VR version as a ground-up reimagining?

A: As we were working on the story campaign, which was our first focus, we were seeing how the gunplay felt and imagining, 'How is this going to be in Mercenaries? It's gonna be so much fun!'

And then we saw all the videos that people were producing in terms of doing these crazy moves while playing in the story campaign. We were getting even more pumped working on Mercenaries, which has more enemies and it's more action-packed than the story campaign. How are they gonna translate what they're doing and all this cool stuff to pulling off amazing moves in this mode?

It felt like a natural fit once we had locked in the player package. We knew it was going to be even more responsive and exciting because of what you could pull off. So at that point we were like - just like the main game - what can we do to magnify the strengths of Mercenaries?

We started with RE4 Mercenaries. We put that in a contained area called Classic Mode, where you'll play as it was in RE4; same characters, same levels. We changed the scores because it's a little bit easier with our movement package, two weapons and shooting and strafing at the same time to get higher scores.

Then we wanted to take the fundamental core of Mercenaries - how it structured this timed mode, where you're taking out enemies for score and there's combos - and let's put twists on it. And that's how we came up with Challenge Mode, which is kind of the extension.

It's 20 unique takes on the main structure. It might be new weapons that you can use, or new enemies, or changes to the map, or complete rule changes. We have multiple challenges that fundamentally change the rules so that it plays differently to give you a new and exciting twist.

We're definitely excited to see the scores, the tricks [players] do and see what they think about the challenges.

Q: You describe seeing it almost come to life in the hands of the players. How did that feel after two years of development?

A: It was really exciting because seeing that people were enjoying it. We thought we had a strong product but getting it in people's hands, getting their opinions and seeing if they feel the same way. It was just fun and exciting. It was really great to see the game and to see what people were producing using what we had done.

Q: What are you most excited for the players to experience for the first time in the new Mercenaries mode?

A: We're definitely excited to see the scores, the tricks they do and see what they think about the challenges. Our QA team had scores and they're really good at the game, but we know that the scores can be higher and I'm curious to see how much higher - and how they do it!

We have these new unlockables, so you complete challenges and we give you costumes and guns, but we also added enhanced modes. You can play through the story mode in a different way. One is classic horror mode and gives a black and white film grain. Another one is fast forward mode and I'm sure there'll be a whole speed run.

But for me, Big Head mode is in there, like all the Ganados and Ashley have oversized heads. And every time I load it up, it tickles me and I'm really curious to see what people do, especially in combination with other modes and the memification that comes out of it.

We have a lot of achievements or unlocks that you can get playing the mode, but it means that you can go back and play the story mode with any combination of these options. So it's gonna give people another interesting way to play the game and I'm curious to see what comes out of those.

For the full interview including philosophy, physicality and the possibility of a 'Pro' version, see TheVirtualReport.biz.