inkle talks about its return to mobile, changes to the App Store and interactive fiction audiences, and the need for cross-platform Steam or Switch releases 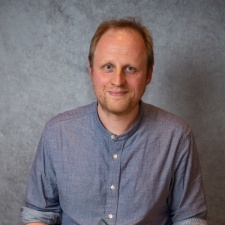 The 2021 release Overboard! marks inkle's return to mobile, and how better for that to be acknowledged than by winning Best Indie Developer at the 2022 Mobile Games Awards.

But the mobile landscape is perpetually shifting, and the market has changed considerably in the years since the release of 80 Days. We spoke with inkle narrative director Jon Ingold on returning to mobile with Overboard!, what the mobile industry can provide for indie developers, and changes to the App Store experience and what that means for firms like inkle.

PocketGamer.biz: inkle makes its longawaited return to mobile after Heaven's Vault. What inspired the decision to return on mobile?

Jon Ingold: We’ve always loved the feel and form-factor of mobile. We love the way players can dip in and out of games quickly, and get straight into the story, and while it wasn’t the right fit for Heaven’s Vault, it was a natural goal for Overboard!, so we developed it with mobile in mind from the start.

How has the mobile games audience's adoption of interactive fiction changed during this time, compared to the console/PC playerbase?

On the release of Overboard!, you told PocketGamer.biz that there were no plans to update the game. The mobile games market is, by degrees, defined by live ops; what informed your decision to keep Overboard!, as you said, "perfectly formed"?

Overboard! is perfectly formed because that’s how we designed it to be! As a creator, I’ve very little interest in returning to finished projects and trying to eke out a little more value from the same framework. A good story needs a beginning, a middle, and an end.

Your remarks during the MGA ceremony – "being independent means making the games we want to make" – are sure to resonate with our readers. Why are independent mobile developers a rarity?

Mobile is a really punishing format for independent developers. It used to be that the App Stores drove users to find games in viable quantities – 80 Days certainly benefitted enormously from Apple’s Editorial featuring – but that process has largely stopped.

To be big – which is to say, to be viable – on the App Store now, a game needs to have a lot of push behind, a lot of other strategies for finding users and keeping them. That all means up-front money, investment, and ultimately a loss of creative independence. There’re plenty of studios thriving in that space, of course, but that’s not what we want to do.

How inviting is the mobile games industry for indies, and what advice do you have for smaller devs looking to enter the mobile market?

What can we expect from inkle post-Overboard!, and are you planning for your next release to come to mobile?

Our next title is A Highland Song, a narrative rhythm-platformed with survival elements, set in the wild Highlands of Scotland, and right now it’s in the “might be on mobile” camp for technical reasons.

Beyond that, who knows? I’d love to make more detective-style games for mobile, but I never seem to know what we’re going to make until we’re already making it.