Zynga president of publishing Bernard Kim details the company’s success in supporting the Turkish mobile games industry, and his thoughts on the sustainability of M&A 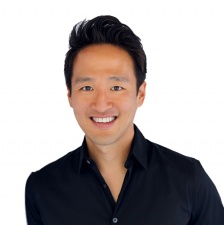 When Zynga acquired casual puzzle game developer Peak Games, it actually did so in two parts: the first half of their portfolio for $100 million in cash in 2017, and the subsequent half for $1.8 billion just three years later.

Bernard Kim, president of publishing at Zynga, said: “I remember, during early discussions with [Peak founder] Sidar Şahin, him telling me he was going to put Istanbul and Turkey on the mobile games industry map. Those discussions were only six years ago, and he was absolutely right, Turkey is where the heat is.”

Unsurprisingly, Kim is sanguine about Zynga’s central involvement in investment, acquisition, and support of the Turkish mobile games industry, and the significance of that support has not gone unrecognised: Zynga subsidiaries Peak, Rollic, and Gram Games were listed in Fast Company’s top 100 highest earning internet companies in the country, holding positions 12th, 13th, and 14th respectively.

“I’ve bought a lot of companies, both at Zynga and previously at Electronic Arts, but we’re extremely proud of our M&A track record over the last six years. These companies impressed us culturally, and their spirit – competitive, player-focused – has only gotten stronger post-acquisition.”

Right now, this is a hot industry with a tonne of people who want to work in it. In any hot industry, talent moves around

But Kim is insistent that Zynga’s influence is, for the most part, discreet: while subsidiaries can opt in for support on UA and product management, as well as use Zynga’s toolkits and dashboards, he stated that “we stay pretty low-key with regards to deep integration. Sharing best practices and utilising our larger publishing platform can be beneficial, their day-to-day hasn’t changed all that much”.

The global games industry is also experiencing a skills shortage, and with such an explosion of interest in Turkey has undoubtedly created a deeply competitive space – non-Zynga mobile games companies Good Job Games, Gamegoes, and Narcade also placed in Fast Company’s top 100 list. Unsurprisingly, Kim veers on the side of optimism.

“We’re very bullish about the future of mobile gaming. We think of this as a glut in opportunity – right now, this is a hot industry with a tonne of people who want to work in it. In any hot industry, talent moves around.

“If people are choosing to leave their roles, that’s up to them. But we want to prioritise our own culture and create as many opportunities within the larger Zynga umbrella. That’s why I think we’ve seen less attrition than some of our competitors.”

Unsurprising, each of Zynga’s Turkish subsidiaries have themselves expanded since, with Rollic itself having completed four acquisition under Zynga’s ownership. As the industry is keenly aware, 2022 has continued the dramatic climb in M&A, with Q1 2022 already dwarfing deals made throughout the entirety of 2021.

A few years back, we were one of the principal buyers in the mobile industry. Now we have a lot of competition

Perpetual growth is an industrial dream, but there are also concerns about consolidation and sustainability of growth. However, Kim remains optimistic.

“Our mantra is ‘grow faster together’. One of Zynga’s growth pillars is M&A, and as for the rest of the industry, I don’t think it’s going to slow down. I knew that, if anything, acquisition was going to escalate as a result of the pandemic.

"Is it going to slow down now? I don’t know the answer to that, but it definitely won’t happen in the next couple of years.”

Zynga guessed correctly with Turkey, and the industry is keenly aware of the need to explore new regions. But Kim wasn’t about to share trade secrets about where Zynga had aimed its sights on the next potential Turkey.

“I think I’ll refrain from answering that now: a few years back, we were one of the principal buyers in the mobile industry. Now we have a lot of competition.”