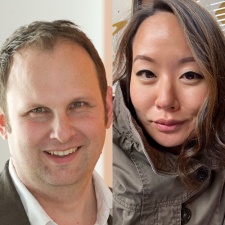 But monetising music games is a challenge at the best of times, and Kim and Hade share their thoughts on the importance of ad monetisation, the choice to randomise purchasable songs, and adding their spin on the battle pass.

PocketGamer.biz: Monetising rhythm action games, and other music genres, has traditionally been a challenge. Beatstar employs lootbox-style randomisation to its IAPs, what inspired this choice and are you exploring other avenues of monetisation (such as subscription models or direct purchase of songs, a la Guitar Hero)?

Charmie Kim: Music discovery is such an important aspect of Beatstar. As players of the game during development, we would constantly be hearing songs in a whole new way or discovering artists we never would have listened to. So having songs unlock randomly was always a key part of the design. It wasn’t about monetisation – it was about making sure players would always come back to the feeling of experiencing the unexpected.

That said, players do appreciate some agency in unlocking songs so during soft launch we added various ways to direct which songs will unlock next. For example, players can sometimes choose to receive a Rock card or a Hip Hop card. We also have a “Wishlist” box that guarantees that the player will receive a song from their wishlist.

We are very happy with our Tour Passes (our version of Battle Pass) as a way of delivering and monetizing new content. It allows us to curate songs against a theme and make it really exciting for our players and build a lot of anticipation around acquiring them.

Ad monetisation in Beatstar is now nearly half of the business

Simon Hade: We have also explored ad monetisation extensively in Beatstar and it is now nearly half of the business. We’ve taken a very light touch approach so far, to make sure they add value to the game but this is an area we’re taking even more seriously now. Since Beatstar is so broadly appealing there are a lot of people who will simply never pay in a mobile game and so ads make sense if done in a way that maintains our premium feel.

Building on the success of ads in Beatstar, we’ve committed to building an ad monetisation team to drive ad monetisation across the studio. To date, ads have been managed by our UA and product teams as a feature alongside other things, but we’ve just opened several roles for dedicated ad specialists since this is going to be such an critical part of our business. We’ll always be IAP first in terms of business model but it’s becoming increasingly important in some genres to take a hybrid ads/IAP approach.

Subscriptions remain niche in gaming so we’ve not seriously explored it, but with players getting used to Battle Pass systems it is something we’re going to keep an eye on.

You can check out Space Ape Games' full interview piece through this link, which details how the game emerged from a five-year period which saw 24 game prototypes eliminated.