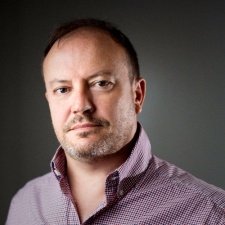 More new from Keywords Studios now and it isn't that the company has snapped up another company.

The games tech and services giant has announced a bevy of changes to its senior management team.

Headlining the switch up is Igor Efremov, formerly of EA and Sperasoft, which Keywords snapped up in December 2017.

He moves to the newly-created role of chief commercial officer, heading up the seven Service Lines that the company operates. Additionally, he will be looking after the business development team, with the chief of that department Michael Wallen reporting to him.

These roles are a mixture of those held by COO Giacomo Duranti and CEO Andrew Day (pictured); the former was looking after the Service Lines business while the later was handling business development.

Duranti has taken on some new responsibilities on top of his role heading up global operations, IT, legal and looking after mergers and acquisitions - something that Keywords spends half its time doing.

He will now be leading the HR department, as well as managing Keywords' studios and business around the world.

Keywords acquires marketing services outfit Sunny Side Up for $4.3m