Drive Ahead! Developer appoints Taht as a member of the board and investor 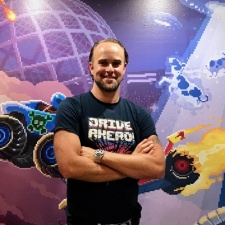 Former Rovio EVP Wilhelm Taht has joined the Dodreams board of directors.

Taht has also made an undisclosed investment in the Finnish mobile developer. He follows fellow Rovio alum Sami Lahtinen in making the move to Dodreams.

“I’m delighted that Wilhelm Taht joins the Dodreams Board of Directors,” said Dodreams CEO Erik Pöntiskoski. “I look forward to working closely together with the Board and our excellent Dodreams team to expand and capitalize on our massive audience of engaged Drive Ahead! Players.”

Taht added: “Dodreams has created a unique viral phenomenon in Drive Ahead! where the momentum hasn’t stopped since its release. Its 10 million MAU is a true showcase of the magic players have felt worldwide.

“I’m looking forward to seeing Dodreams and its games grow in the future through a flawless execution of the tight strategy we are putting in place. Onwards, upwards and to the right.”

Taht left his position as head of games at Rovio earlier this year, citing personal reasons. His three-year role at the Angry Birds studio saw him spearhead the company's pivot to free-to-play.

Since leaving Rovio, Taht has also joined Animoca Brands as a strategic advisor and sits on the board of fellow Finnish studio Nitro Games.