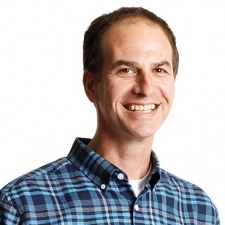 US publisher Big Fish Games has cut 15 per cent of its workforce in a bid to restructure around social casino and casual games.

According to a memo from president Jeff Karp (pictured, main), obtained by GeekWire, the move is aimed at refocusing the company's efforts on fewer projects.

The exact number of those affected is currently unknown. However, Big Fish had told GeekWire in July that it had 735 employees in total, with 630 in Seattle alone.

As such, if it were 15 per cent of the former, it would equate to 110 jobs. However, employees of the company have taken to Twitter to place the figure at around 75.

Several of those affected by the job losses hold executive positions, such as SVP of operations Omar Amin, VP of engineering Steve Galic, VP of studios Pat Wylie, VP of licensing Paul Handelman and VP of advertising Kathryn Ficarra.

“We are sharpening our focus to only develop social casino and casual games, genres where we have earned the right to lead the market.”

Elaborating on the moves, he said it would put Big Fish “on a path to unlock the full potential of the business and to become a top 10 games company in the world".