Developer aims to up its publishing game 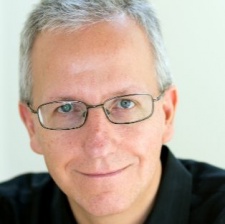 As well as EA Verdu’s credits include Kabam, TapZen, Zynga and Atari. He left EA in May 2018, citing an unsustainable commute as part of the reason for his departure.

From development to publishing

Boss Fight said he would help advise the studio on its next phase of growth, including stepping up its publishing capabilities and the development of original IP.

The studio is set to begin self-publishing Dungeon Boss worldwide this month.

“The stellar team at Boss Fight includes some of the most talented game developers in the industry,” said Verdu.

“The core team has been together for more than a decade and has made high-quality game experiences for consoles, PCs, and mobile devices.

“It’s an honour and privilege for me to work with Boss Fight as they transform into a full-featured game publisher as well as a world-class developer and operator of live game services.”